Sources said Pradhan resorted to the act while raising  concerns over supply of poor quality chhatua and badam laddoo meant for children and pregnant women. When the same food was served to officials and guests, nobody dared to consume it as it was not edible. 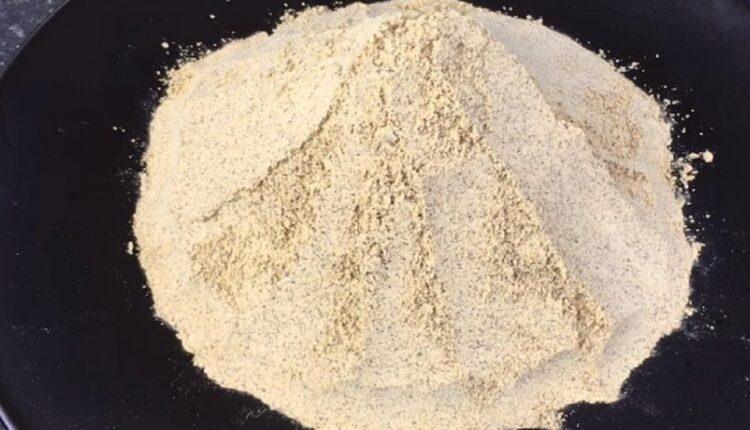 Sambalpur: Raising posers on the efficacy of nutritional programmes for targeted groups by the State government, a panchayat samiti member forcefully served a group of government officials food covered with fungal mold to show them the food served to children and pregnant women in Jujumara block of Sambalpur district in Odisha today.

A video of the incident, which took place during a panchayat samiti meeting in Jujumara block conference room, has gone viral on social media. In the clip, the local BDO, CDPO, and officials of several other departments were forcefully served moldy chhatua (sattu) and badam laddoo by samiti member Jayanta Pradhan. Sources said Pradhan resorted to the act while raising  concerns over supply of poor quality chhatua and badam laddoo meant for children and pregnant women. When the same food was served to officials and guests, nobody dared to consume it as it was not edible.

Demanding good quality and edible food for children and expectant mothers, Pradhan said he intentionally served the fungus layered food as he wanted the officials to see what these beneficiaries are forced to eat. He also pointed out that allegations had been levelled against the firm preparing chhatua as the packets had no mention of packaging or expiry dates. Besides, he urged officials to put in place a system to monitor the quality of food being served and restrict sale of  expired and unhealthy edibles.

Sources said Pradhan wanted to bring the government’s attention to this issue which was persisting since a long time without any action taken by authorities concerned. “There were complaints about poor quality food since many days. As nothing was being done about it, I took the  food samples to the block meeting to give first hand evidence of the state of affairs to the higher officials. And as expected, none of them could consume it. While the samples will be examined, I request the government to see to it that quality of food does not get compromised at any cost,” he said.

The visuals of the incident have triggered considerable resentment and anger among locals as even access to basic amenities are being  compromised under the government’s flagship welfare schemes.