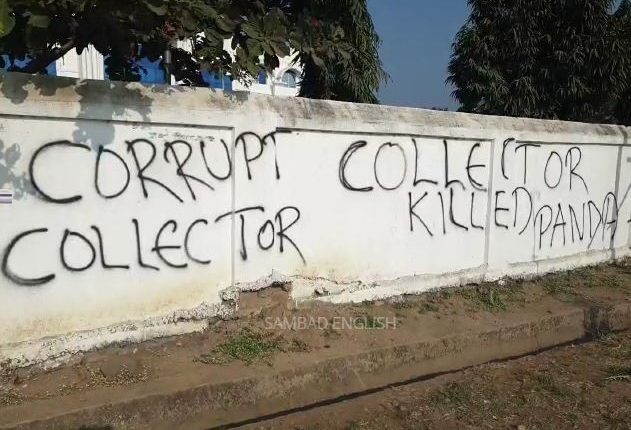 Malkangiri: Mystery shrouding the death of Malkangiri Collector’s Personal Assistant Deba Narayan Panda intensified as some objectionable graffiti apparently blaming the official for the PA’s demise were today found on the boundary wall of the office of the Collector.

According to reports, graffiti with ‘Collector Killed Panda’ and ‘Corrupt Collector’ texts were spotted on the boundary wall this morning. Staffers of the office later erased the graffiti.

Panda, who had gone missing, was found dead near Satiguda dam on December 28. Panda’s motorcycle, shoes and helmet were found at the bridge of the dam. Although the reason behind his death is yet to be ascertained, police are continuing investigation to find out the circumstances that led to his death. Malkangiri police station IIC Rama Prasad Nag said prima facie it appears to be a case of suicide.

The deceased’s wife has alleged that he was under mental stress due to official work and used to return home late.