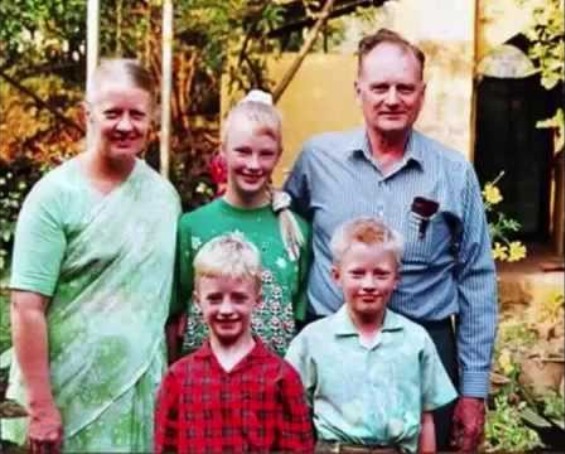 Baripada: Twenty years after murder case of Australian missionary Graham Staines and his two sons, CBI arrested another absconding accused in connection with the sensational killing that had rocked Odisha.

A team of CBI sleuths from Kolkata nabbed the accused identified as Budhhadeb Nayak (45), a key associate of prime accused Dara Singh.

He was caught from his residence at Nischitapur village under Thakurmunda police limits in Mayurbhanj district late on Thursday night.

According to reports, the CBI team had conducted raid at his house after getting information about his presence. His arrest came to fore on Friday morning after he was brought to the Community Health Centre (CHC) in Thakurmunda for health check-up.

Sources said that the CBI team has taken him to Bhubaneswar for interrogation.

The arrest of Budhhadeb once again reminded the sensational murder of Christian missionary Graham Staines and his two minor sons, who were burnt to death on January 22, 1999, by a right wing (Bajrang Dal) mob while they were sleeping inside their vehicle at Manoharpur village in Keonjhar district. The incident had drawn international outrage.

While a total of 18 people, including Dara Singh, were arrested for their involvement in the crime, Budhhadeb, who was most wanted in the case, was absconding following the incident.

In 2003, a designated CBI court in Bhubaneswar had sentenced Dara Singh to death and 12 others to life. However, the Orissa High Court commuted Singh’s death sentence to life imprisonment in 2005. In 2011, the Supreme Court upheld Orissa high court’s life imprisonment to Singh and his accomplices.