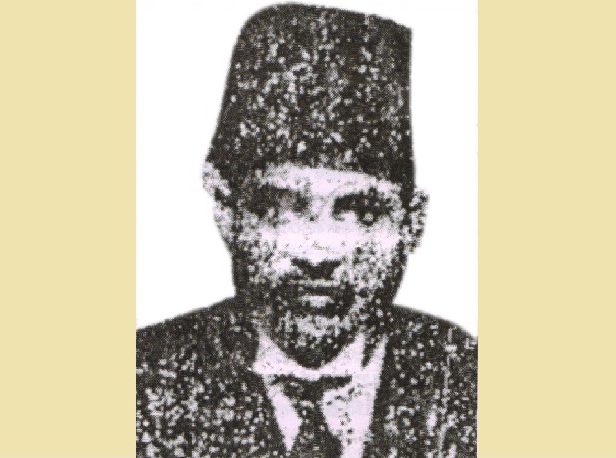 Popular film stars entering politics has started in Odisha for quite sometime now. But it is curious to know that the paternal grandfather of Aparajita Mohanty, one of the most popular matinee idols of the state, was the member of the First Provincial Assembly of Odisha in 1937. He was not simply a member. He had been the Law Minister of Odisha from 1941 to 1944. His name is Abdus Shovan Khan.

Aparajita, the heartthrob of millions as ‘Phula’ in ‘Phula Chandan’, the megahit of 1980s, is the daughter of Aziz Khan and Harapriya (Ray) Khan. Harapriya is the sister of famous Odia writer Raj Kishore Ray, whose three daughters Malabika, Manaswini and Mahasweta are three popular stars of Odia Cinema. It seems acting has come to Aparajita from her maternal side. But when it comes to her interest in politics, it is something she has inherited from her paternal grandfather Abdus Shovan Khan, the former Law minister of Odisha.

Shovan Khan, father of Aziz Khan, was born in Mirzapur, Bhadrak. After completing his degree in Law he started practising in Katak and settled down at Alamchand Bazar. Aziz his first son was in State Administration, who had moved to several places in course of his service career. Aparajita was born while he was in Karanjia. From there he moved to Sambalpur, where he served as Additional District Magistrate and his wife Harapriya was a Lecturer in Zoology in the local college.

Shovan Khan was a famous lawyer and a devout Gandhian who participated in freedom struggle. A votary of Hindu-Muslim unity, he was elected to Odisha Provincial Assembly in the first elections held in 1937. There were 4 reserved seats for Muslims in the 60 member house at that time. He got elected from Baleswar-Sambalpur reserved seat. Other three Muslims who got elected were Sayed Fazal Haque from North Katak-Angul, Sayed Ahammed Bux from Katak Sadar, and Maulabi Latifur Rehman from South Odisha. Maulabi Latifur Rehman was inducted into the first cabinet under the leadership of Maharaja Krushna Chandra Gajapati. But this minority Government had to resign and a Congress ministry was formed under the leadership of Biswanath Das which lasted till 1939. When the second minority Government was formed under the Premiership of Maharaja Krushna Chandra Gajapati in November 1941, it was Abdus Shovan Khan who found a place in his 3 member cabinet as the Minister of Revenue, Law and Commerce. The ministry lasted till June 1944.

Shovan, a famous lawyer of his time, took the historic decision during his tenure to appoint a Committee under the Chairmanship of Justice Bira Kishor Ray to examine the feasibility of setting up a separate High Court for Odisha. Based on the specific recommendations of this committee dated 27th December 1943, the High Court of Odisha was set up in 1948.

Shovan and Latifur are two illustrious sons of the soil. That both of them could find place in the 3 member ministries of Maharaja K.C. Gajapati formed in 1937 and 1941 is proof of the extraordinary love and respect that the minority communities enjoyed in Odisha from the beginning.