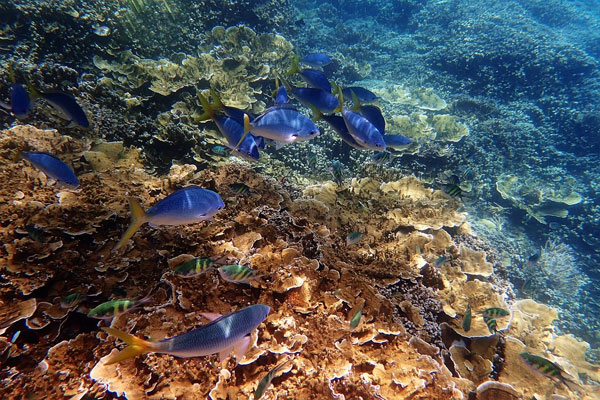 Canberra: A landmark UN report released on Tuesday has recommended Australia’s iconic Great Barrier Reef to be added to the list of world heritage sites that are “in danger”.

The Unesco released its long-awaited report on the reef following a 10-day visit in March, calling for ambitious, rapid and sustained action to protect it, reports Xinhua news agency.

“The mission team concludes that the property is faced with major threats that could have deleterious effects on its inherent characteristics, and therefore meets the criteria for inscription on the list of World Heritage in danger,” the report said.

It made 22 recommendations, 10 of which it said must be addressed with utmost urgency, including a call for the government to update its climate change targets to be consistent with stopping warming at 1.5 degrees Celsius above pre-industrial levels.

Australia’s ruling Labor Party, which won power in May, has committed to reducing the country’s greenhouse gas emissions by at least 43 per cent from 2005 levels by 2030.

However, in order to stop global warming at 1.5 degrees experts have said Australia must reduce emissions by 74 per cent.

The Unesco report found the acidity of the Great Barrier Reef water has increased 26 per cent while water quality targets have not been met.

It recommends urgent action to stop sediment runoff, a ban on destructive gill net fishing and a reduction in runoff from banana and sugarcane farming.

The report’s recommendation that the reef officially listed as “in danger” will be considered with submissions from the federal and Queensland governments before Unesco makes a final decision on its status.

Responding to the report, Environment Minister Tanya Plibersek and Nita Green, the special envoy for the reef, said the government has taken significant steps to protect the reef in the six months since winning power.

“We understand that the people who live and work on the Reef might find the report alarming,” they said in a joint statement.

“With the election of the new Labor government, Australia has stepped up to play our part, working in partnership with the Queensland government.”

Originally scheduled to be released in May before the Unesco’s World Heritage Committee meeting in Russia, the report was postponed due to the ongoing war in Ukraine.

Spanning nearly 133,000 square miles and home to more than 1,500 species of fish and over 400 species of hard corals, the Great Barrier Reef is an extremely critical marine ecosystem on the Earth.

It also contributes $4.8 billion annually to Australia’s economy and supports 64,000 jobs in tourism, fishing and research, according to the Great Barrier Reef Foundation.

But as the planet continues to warm, because of the growing amount of greenhouse gases in the atmosphere, the reef’s long-term survival has come into question.

Warming oceans and acidification caused by the climate crisis have led to widespread coral bleaching.

Last year, scientists found the global extent of living coral has declined by half since 1950 due to climate change, overfishing and pollution.