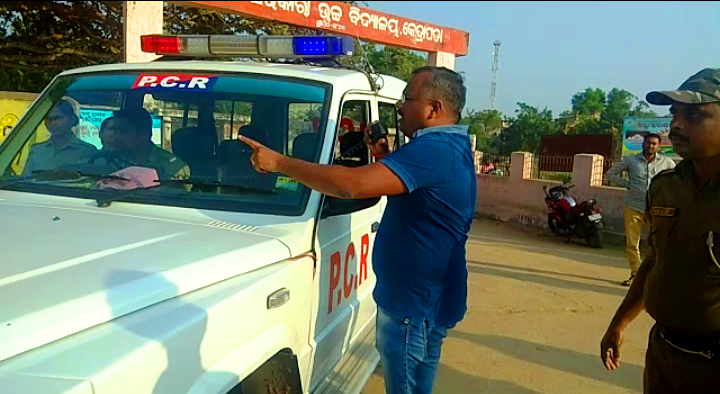 Kendrapara: The Rashtriya Suraksha Samiti has called for a 12-hour bandh in Odisha’s Kendrapara district tomorrow following a fiery group clash in the district headquarters forcing the police to impose Section 144 on Wednesday.

Besides, the district administration has announced closure of all educational institutions under Kendrapara Municipality jurisdiction on Thursday.

Informing this to the media this afternoon, Kendrapara ADM Basant Rout said the internet services in the district has been suspended following tension in the area.

Rout also said they will deploy additional police force in the town to maintain law and order during the bandh. “The prohibitory order under Section 144 clamped in the town will remain in force till normalcy is restored.”

Sources said a cultural event was organized at Kendrapara Governmnet High School Ground in Ward-12 on the occasion of the birth anniversary of Netaji Subhas Chandra Bose. However, a scuffle ensued between two groups at the spot over the programme arrangements.

Later, police personnel were deployed at the venue to bring the situation under control. Besides, Kendrapara SP Niti Sekhar and Sub-Collector Sanjay Kumar Mishra reached the spot to take stock of the situation.