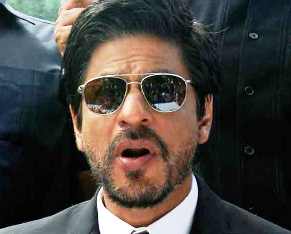 The Gujarat High Court on Thursday stayed the summons issued by the Gujarat railway police against Bollywood star Shah Rukh Khan in connection with death of a youth at Vadodara railway station when the actor was promoting his film “Raees”.

Shah Rukh was travelling by the August Kranti Express from Mumbai to Delhi to promote his film. When the train halted and he emerged to wave at the crowd outside, there was a stampede at the railway platform.

Between all this and a police lathicharge to disperse the crowd, a Vadodara resident, Farid Khan, suffered a heart attack and died. When the issue reached Railway Minister Suresh Prabhu, he asked the state DGP of railway police to investigate the incident.

Following this, the railway police had issued summons on the actor. Khan moved the Gujarat High Court on Wednesday pleading innocence in the incident.

Justice J.B. Pardiwala stayed the summons on Thursday and issued notice on the railway police and the State government. However, the court wondered that if the actor could come to Gujarat to promote his film why not on a call by the police. (IANS)