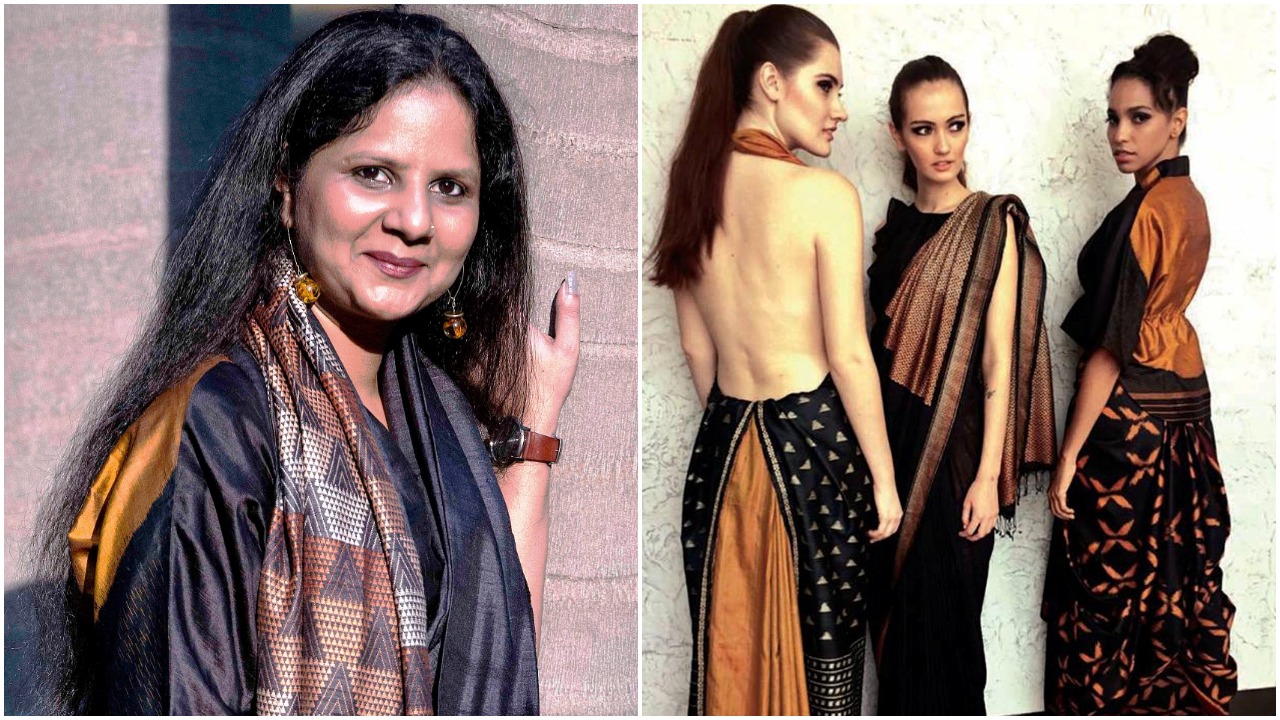 Bhubaneswar: The stories behind textile is what excited her as a child, prompting her to delve deeper to understand the finer nuances, discovering and reviving intricate works lost in the mists of time. This journey took Delhi-born designer Gunjan Jain to the interior villages of Odisha, exploring textile, motifs and patterns intrinsic to the state while creating contemporary designs for the world market.

For the past 10 years, she has been working with handloom weavers and artists of the state reinterpreting traditional Tussar Jala work, intricate Ikat weaves, Bomkai, Kotpad, Siminoi, Habaspuri and Dhalapathar while adding a fresh perspective to each piece at her design studio Vriksh in Odisha capital set up in 2008.

Recently, she represented India at ‘World Ikat Textiles Symposium’ in Malaysia, showcasing the curvilinear and script Ikat patterns in natural dyes like Lac and Catechu. “It was a unique experience with participants from around 25 countries as I also got an opportunity to present a paper on Odisha Ikat,” said Gunjan, who considers the eastern Indian state as a gold mine of textiles.

To Gunjan, clothes interact closely with our body and are integral to life. “My stint with apparel export industry in Delhi and Bengaluru after graduation left me disillusioned. I felt some disconnect not being able to identify with the industrial process of making clothes,” she said.

In 2007, she packed her bags and shifted base to Odisha, exploring the world of handloom.  Her interactions with weavers in the districts of Jajpur, Cuttack, Ganjam, Koraput, Rayagada and the western Odisha opened up a treasure trove. She also found her meditative zone where she could immerse herself in work enjoying every discovery and experience.

After reviving the extra weft motifs of ‘fish’ and ‘rudraksh’ in Jala techniques, which enjoyed royal patronage in the past, Gunjan worked with the last few weavers of Bomkai and Dhalapathar, encouraging them to return to their art with a fresh appreciation for their own creativity and skills.

“In 2010, I met Kabiraj Bhai, one of the four remaining Bomkai weavers and discovered his beautiful weaves that the world had forgotten about. Together, we revived the original Bomkai in its full glory bringing back all the lost motifs like the bitter gourd, peacock, parrot, trees, flowers, fishes, pomegranate seeds and diya stands,” she said.

Same was the case with Dhalapathar, which most Odia households once displayed with pride. “Odisha is now left with only two weavers with knowledge of this rare weave. We have been working on reviving these beautiful tapestries in form of pure cotton saris which are extremely rare, sensuous and comfortable to wear with traditional motifs of fishes, butterflies and lotus flowers adorning the pallu,” said this talented designer.

Gunjan also loves to experiment with new textures and blending different yarns. “This year, Vriksh introduced ‘Shibori on Loom’, a new experiment combining beautiful Shibori patterns in vivid colours with Jala, a technique that appears like embroidering on loom,” she said.

Currently, she is working on a collection inspired by the 500 years of textile exchange between Odisha and Southeast Asia. “Odisha was known for maritime trade with Southeast Asian countries like Indonesia, Malaysia and Thailand and still celebrates ‘Bali Jatra’ in its commemoration. We will be launching this new collection in winter 2018,” she added.

Gunjan has not only made the weaves of Odisha her own but also its culture, people and language. Once a strict vegetarian, she today relishes rice and fish.

She will be flying to Delhi next week for a solo show, celebrating her creations in Odisha weaves in the last 10 years.