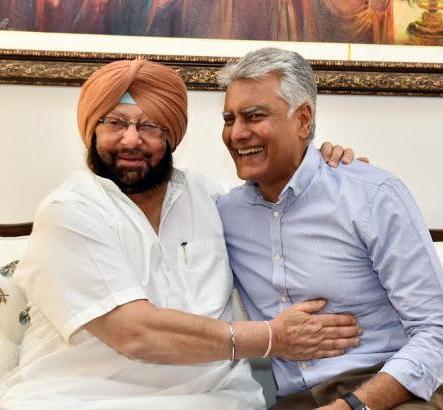 Congress candidate Sunil Jakhar won by a margin of over 1.93 lakh votes, officials said. He polled over 4.99 lakh votes, compared to 3.06 votes polled by Salaria. The Aam Aadmi Party (AAP) polled only around 24,000 votes.

Jakhar, who was in the lead right from the time the vote count began on Sunday morning, extended the margin over his BJP rival Swaran Salaria after each of the 14 rounds of counting.

Congress leaders and workers started had celebrating the impending victory by bursting firecrackers and distributing sweets in Gurdaspur, Chandigarh and other places even before the final result was declared.

“We won the election because of the positive policies of the Congress. People have faith in the party,” Jakhar, who was termed an ‘outsider’ in the constituency by his opponents, told the media after his victory

Punjab Chief Minister Amarinder Singh hailed the “unprecedented” Congress victory “as a total rejection of the anti-people policies of the Bharatiya Janata Party (BJP) and its ally, the Shiromani Akali Dal (SAD)”.

If elected to office, will wind up Kerala Bank: Cong

“The massive win for Congress candidate shows the people’s complete denunciation of the corrupt and immoral BJP and SAD,” Amarinder said, adding that it also underlined the political annihilation of the Aam Aadmi Party (AAP) in the state.

“The over 1.93 lakh margin of victory has not only more than compensated for the 1.36 lakh vote defeat of Congress candidate Pratap Singh Bajwa against BJP’s Vinod Khanna in 2014 but has surpassed even the 1.51 lakh lead by which Sukhbans Kaur Bhinder (Congress) had won in 1980,” Amarinder pointed out.

The seat was earlier held by the BJP, which had won it in 2014. The seat fell vacant in April following the passing away of veteran actor Vinod Khanna, a four-time MP from the seat.

Khajuria left the counting centre alleging that the voting was rigged by the Congress, which came to power in the state after sweeping the assembly polls.

The counting was conducted in centres in Gurdaspur and Pathankot towns. There were 11 candidates in the fray for the October 11 election. Nearly 56 per cent of the 15.22 lakh registered voters exercised their franchise.

The voter turnout was much lower than the over 70 per cent polling in 2014. (IANS)

Research and Enterprise park to be set up at IIT Bhubaneswar