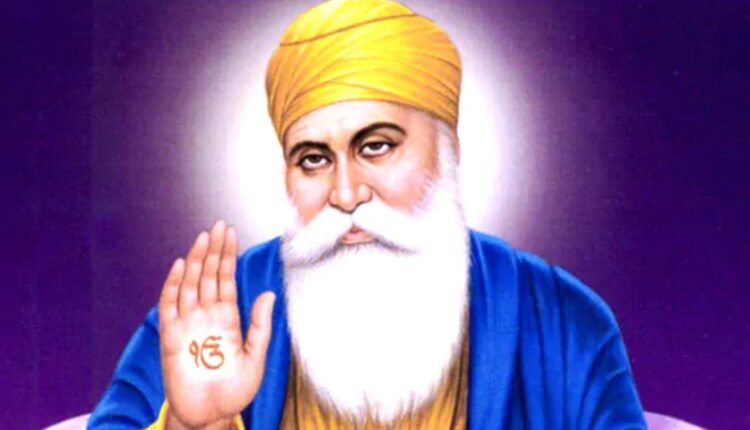 It falls on the day of Kartika Purnima as per Hindu lunar calendar.

The celebration is generally similar for all Sikhs; only the hymns are different. The celebrations usually commence with Prabhat Pheris. Prabhat Pheris are early morning processions that begin at the Gurudwaras and proceed around the localities singing hymns. Generally, two days before the birthday, Akhand Path (a forty-eight-hour non-stop reading of the Guru Granth Sahib, the holy book of the Sikhs) is held in the Gurdwaras.

The day prior to the birthday, a procession, referred to as Nagarkirtan, is organised.

On the day of the Gurpurab, the celebrations begin early in the morning at about 4 to 5 a.m. The day begins with the singing of Asaa-Ki-Vaar (morning hymns).

This is followed by any combination of Katha (exposition of the scripture) and Kirtan (hymns from the Sikh scriptures), in the praise of the Guru.

Following that is the Langar, a special community lunch, which is arranged at the Gurudwaras by volunteers. The idea behind the free communal lunch is that everyone, irrespective of gender, caste, class or creed, should be offered food in the spirit of seva (service) and bhakti (devotion).

Night prayer sessions are also held in some Gurudwaras, which begin around sunset when Rehras (evening prayer) is recited, followed by Kirtan till late at night.

The congregation starts singing Gurbani at about 1:20 a.m., which is the actual time of birth of Guru Nanak. The celebrations culminate at around 2 a.m.