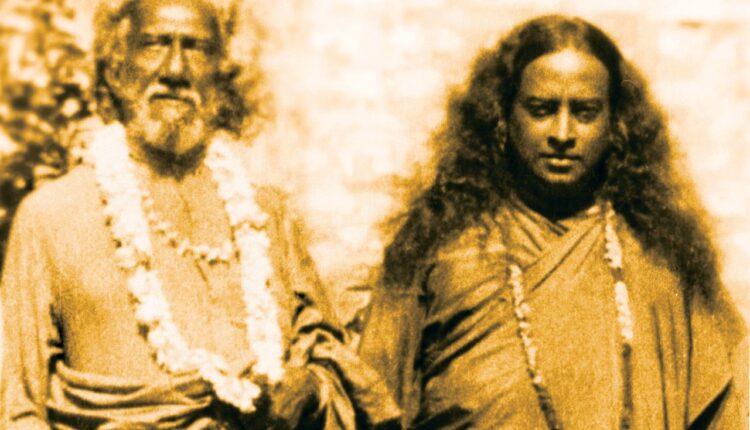 India’s rich cultural tradition is exemplified by many unique facets that are alien to most other civilizations and which clearly indicate the sheer depth of thought that went into the genesis of our heritage.

The Guru-disciple relationship is one such aspect of our lives which has duly been a part of our traditional values. The Guru has been placed on the highest of pedestals by Indian society since time immemorial simply because the guru has no parallel. As Saint Kabir said, “The Guru is great beyond words and great is the good fortune of a disciple…”

Similarly, Sri Mrinalini Mata – the disciple of Sri Sri Paramahansa Yogananda and former President of Yogoda Satsanga Society of India(YSS)/Self-Realization Fellowship (SRF) brought out powerfully in her book titled ‘The Guru-Disciple Relationship’ the fact that a Guru can transform the disciple’s life like no other power can. The Guru possesses the wherewithal and the intrinsic strength to convert the disciple into an exact replica of himself in every sense.

In today’s world, it is easy to chance upon a popular teacher, but Yoganandaji has advised care in choosing one’s Guru, “When you are moving blindly through the valley of life, stumbling in darkness, you need the help of someone who has eyes….To find out whether a path is true, discriminate according to what sort of teacher is behind it, whether his actions show that he is led by God, or by his own ego. A leader who has no realization cannot show you the kingdom of God, no matter how large his following.”

Mahavatar Babaji, the legendary ‘deathless’ Guru who has lived for centuries in the Himalayas, initiated one of his great disciples Lahiri Mahasaya in the lost art of Kriya Yoga in 1861. Thereafter, Lahiri Mahasaya’s disciple, Swami Sri Yukteswar Giri took on the mantle to train and groom Yoganandaji to initiate millions into this scientific technique of liberation through the organisations that he founded, YSS/SRF which today has footprints in about 175 countries. The blessing of Kriya Yoga is flourishing even more today, with the untiring efforts of YSS/SRF.

The Guru-disciple relationship has been described lovingly and painstakingly in great detail by Yoganandaji in his brilliant life changing book “Autobiography of a Yogi” which is a globally renowned spiritual classic.

The caring guidance and meticulous training of Sri Yukteswarji ensured that Yoganandaji became a true exemplar of spiritual attunement with God and his Guru. Yoganandaji in turn thus became the spiritual friend, guide and philosopher to thousands in his life time and eventually to millions through his timeless universal teachings of yoga-meditation and balanced living.

The main thrust of Yoganandaji who has been recognised as a ‘Jagat guru’ has been his emphasis on winning the inner battle by steadfast spiritual practice which revolves around the eight-fold path propounded by the great Patanjali.

Yoganandaji drove home the fact that each individual is actually a soul and intrinsically yearns to rediscover its oneness with the almighty. He also interpreted the great scriptures, the ‘Bhagavad Gita’ and the ‘Bible’ for a deeper understanding of all truth seekers. His other publications and particularly his ‘How to Live home-study Lesson’ are priceless messengers of his teachings.

Guru Purnima is the sweetest possible tribute to India’s great gurus. By rededication to the ideals of the guru on this all-important day, the earnest disciple scales the next rung on the ladder towards self-realization.