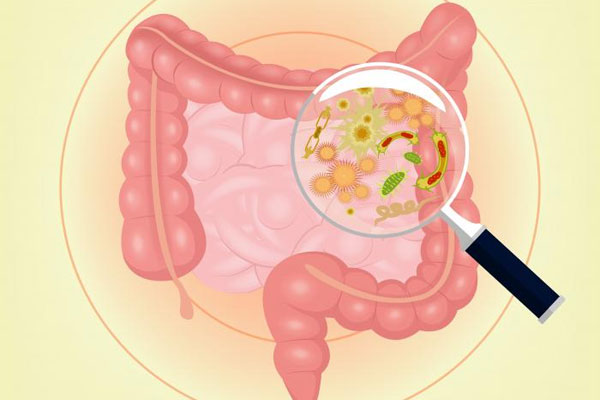 London:  Researchers have found that people with a certain type of bacteria in their gut may be at a greater risk of developing bowel cancer.

The gut microbiome is the collection of fungi, bacteria, and viruses within our gut. There is increasing evidence that the make-up of the microbiome plays a role in human health and the body’s susceptibility to disease.

“In the first study to use a technique called Mendelian randomization to investigate the causal role played by bacteria in the development of bowel cancer, we found evidence that the presence of an unclassified type of bacteria from a bacterial group called Bacteroidales increased the risk of bowel cancer by between 2-15 percent,” said study researcher Kaitlin Wade from the University of Bristol in UK.

This means that, on average, people with this type of bacteria within their guts may have a slightly higher risk of bowel cancer as compared to those who don’t.

Researchers were able to use Mendelian randomization to understand the causal role that these bacteria may have on the disease.

“With Mendelian randomization, we use people’s natural, randomly inherited genetic variations, which alter levels of bacteria within the gut microbiome in a way that mimics a randomized trial, to see whether people with a different genetic makeup, and therefore different gut microbiome profiles, have a different risk of colorectal cancer,” explained Wade.

“In this way, we don’t have to edit anyone’s gut microbiome directly by giving antibiotics or probiotics in a randomized trial or waste time waiting to see whether people within the population get colorectal cancer,” Wade added.

For the study, the researchers used data from 3,890 people taking part in the Flemish Gut Flora Project, the German Food Chain Plus study and the PopGen study, and 120,328 people in the international Genetics and Epidemiology of Colorectal Cancer Consortium.

They also found that genetic variation in the population in particular parts of the genome were linked to the presence of varying amounts of 13 types of gut bacteria and that people with an unclassified type of bacteria from the Bacteroidales group had a higher risk of bowel cancer compared to people who did not have these bacteria.

“We need to classify the exact species or strain of bacteria in the Bacteroidales group, and we need to do more work to understand how and why human genetic variation can alter the gut microbiome, Wade said.

“Even if these results show that these bacteria may cause bowel cancer, we don’t know whether trying to alter them in an effort to reduce the risk of bowel cancer might have other, unforeseen effects on other aspects of health, ” she added.

The study was presented at the 2019 NCRI Cancer Conference in London, UK.