MISCELLANY
By Sambad English Bureau On May 1, 2020 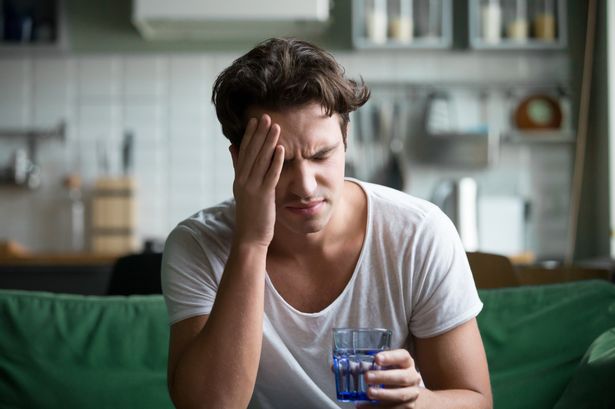 London: If you are suffering from headache and nausea after a drinking fiesta with friends last evening, read this carefully. A plant extract combination of fruits, leaves, and roots may help to relieve hangover symptoms in the morning, says a study.

Various natural remedies have been recommended to ease hangover symptoms, but there is as yet no strong scientific evidence for their use.

In a bid to address that, the researchers from Johannes Gutenberg-University in Germany assessed the potential of specific plant extracts, vitamins and minerals, and antioxidant compounds to ease a range of recognised physical and psychological symptoms associated with drinking alcohol.

For the findings, published in the journal BMJ Nutrition, Prevention & Health, some 214 healthy 18-65-year-olds were randomly split into three groups and given a 7.5 g flavoured, water-soluble supplement 45 minutes before, and immediately after they stopped drinking any of beer, white wine, or a white wine spritzer.

Analysis of all the data showed that symptom intensity varied widely among the participants.

But compared with the glucose only supplement, those taking the full supplement of plant extracts, minerals/vitamins, and antioxidants reported less severe symptoms.

Average headache intensity was 34 per cent less, nausea 42 per cent less, while feelings of indifference fell by an average of 27 per cent and restlessness by 41 per cent.

No significant differences or reductions were reported for any of the other symptoms, the researchers said.

Polyphenol and flavonoid compounds in each of the five plant extracts have been associated with curbing the physiological impact of alcohol in previously published experimental studies, the researchers explained.

Their analysis also showed levels of water content in the body weren’t significantly associated with the amount of alcohol drunk.

“The results suggest that alcohol-induced increased fluid excretion does not necessarily lead to a significant dehydration process.

“It seems to be clear that hangover symptoms are predominantly caused by alcohol and its metabolites,” said the researchers.

Another study, published earlier this month in the Journal of Clinical Medicine, claimed that heavy drinker or people with a hangover have less ability to plan or set goals and make decisions the following day.