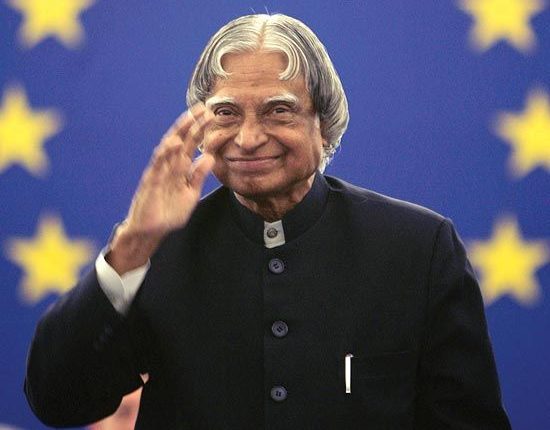 Bhubaneswar:  Avul Pakir Jainulabdeen Abdul Kalam otherwise known as APJ Abdul Kalam (15 Oct 1931 – 27 July 201) was an Indian scientist and a politician, who played a vital role in the development of the country’s first Satellite Launch Vehicle, SLV-III and many nuclear weapon programs. He was the eleventh President of India from 2002 to 2007.

He is undoubtedly the most inspiring figure to the people of India. The youth icon is also popularly known as the Missile Man due to his work on the improvement of ballistic rocket and launch vehicle technology. He was born and raised in Rameshwaram, Tamil Nadu and has studied physics and aerospace engineering. Kalam spent the next four decades as a scientist and science administrator, mainly at the Defence Research and Development Organisation (DRDO) and Indian Space Research Organisation (ISRO) and was personally required in India’s civilian space program and military rocket advancement efforts.

On  his birth anniversary,  let’s have a look at some unknown facts about APJ Abdul Kalam

Reopening of primary schools in Odisha: Here’s what…