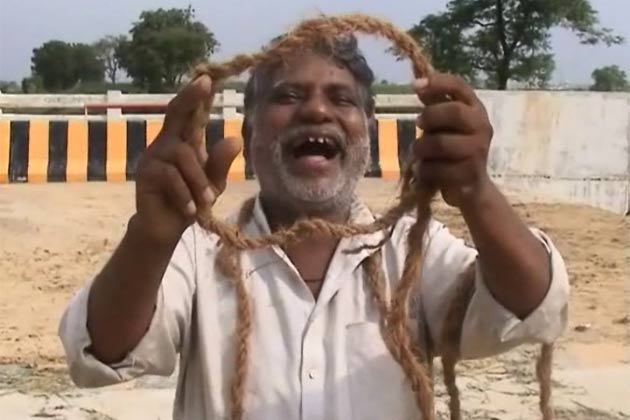 New Delhi: The four convicts in the Nirbhaya gangrape and murder case were hanged to death at Delhi’s Tihar Jail in the wee hours of Friday. Following the execution, hangman Pawan Jallad left for Uttar Pradesh’s Meerut amid tight security arrangements.

Following the hanging, Pawan (57) said, “For the first time in my life, I’m happy to execute four convicts. I had been waiting for this day for long. I thank God and the Tihar jail administration.

Pawan was chosen by the Tihar Jail administration to hang the four Nirbhaya gang rape-murder convicts.

Pawan is the only “certified” hangman in Uttar Pradesh, attached to the Meerut jail and gets a monthly salary of Rs 3,000.

He has never imagined being anything else and has wanted to be a hangman since he was a child. Pawan Jallad’s father was a hangman and so was his grandfather.

Pawan has witnessed hanging since he was an adolescent. His grandfather Laxman and father Kallu were assigned the job of executing Indira Gandhi’s assassins in 1989 and he took over after their passing away. His father Kallu hanged dreaded criminals Ranga and Billa too.

About three years ago, he was assigned the task of hanging the Nithari killing accused Surendra Koli but the hanging was put off at the last moment.

Pawan lives on the outskirts of Meerut and does not socialize much.

His family comprises seven members and Pawan said that his son does not wish to follow in his footsteps. He is preparing for a government job and does not want to work at the gallows.