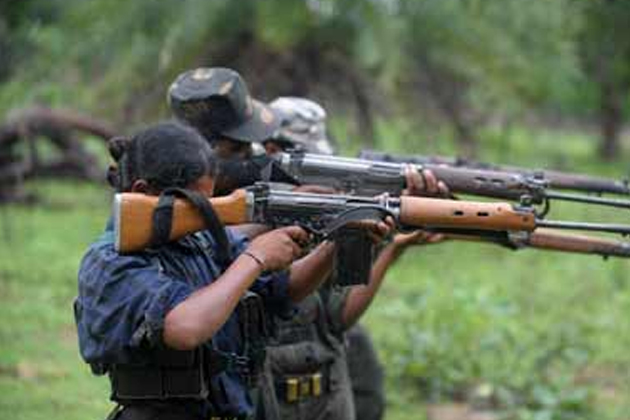 The Maoist was apprehended yesterday during a combing operation launched by the DVF, SOG and BSF in Boipariguda area of Koraput district.

Acting on a credible information regarding movement of red rebel of the banned CPI (Maoist) in forest area of Petaguda and Noaro village under Boipariguda police limits, a joint operation was conducted on September 12 night.

Shankar, a resident of Mutharasi Chetla village under Dowlathabad police limits in Medak district of Telangana had joined the banned outfit in the year 1987 in Indrapuriyal area committee in Telegana as a party member. He was promoted to the rank of Special Zonal Committee member (SZCM) in the year-2003. He joined Andhra Odisha Border Special Zonal Committee (AOBSZC) in the year-2004. In the year 2010, he joined State Military Commission(SMC) and continued their till date in the same rank.

On the other hand, another Maoist Sonal Madvi alias Kiran surrendered before DIG of Police, SWR, Koraput today.

He was inducted in the CPI (Maoist) organisation in the year 2012 in Pamedu Area Committee, Chhattisgarh as a Party member. He was given military training in 2012.

He worked in Nandapur AC, Gumma AC, Pedabayalu AC from 2012 to 2018. After getting promotion to the rank of ACM in the year 2015, he was armed with an INSAS Rifle and worked in Pedabailu Area Committee, Cut Off LOS under Gumma Area Committee up to his arrest by Andhra Pradesh police in 2018. After getting released from prison in 2019 May, he joined back in Pedabayalu Area Committee as his wife Talso was still working with Maoists and he was later on transferred to Gumma AC and had been working in it till date.

Kiran was involved in 5 attacks on security forces along with several other incidents during his underground life. The incidents were:

However, the top Maoist leader decided to surrender after surrender of his wife Talse Huika alias Talso.

After seeing lot of developmental activities being undertaken by the Government of Odisha, he realized the futility of violent path of Naxalism and thus decided to join the mainstream of the society, Police stated in a release today.