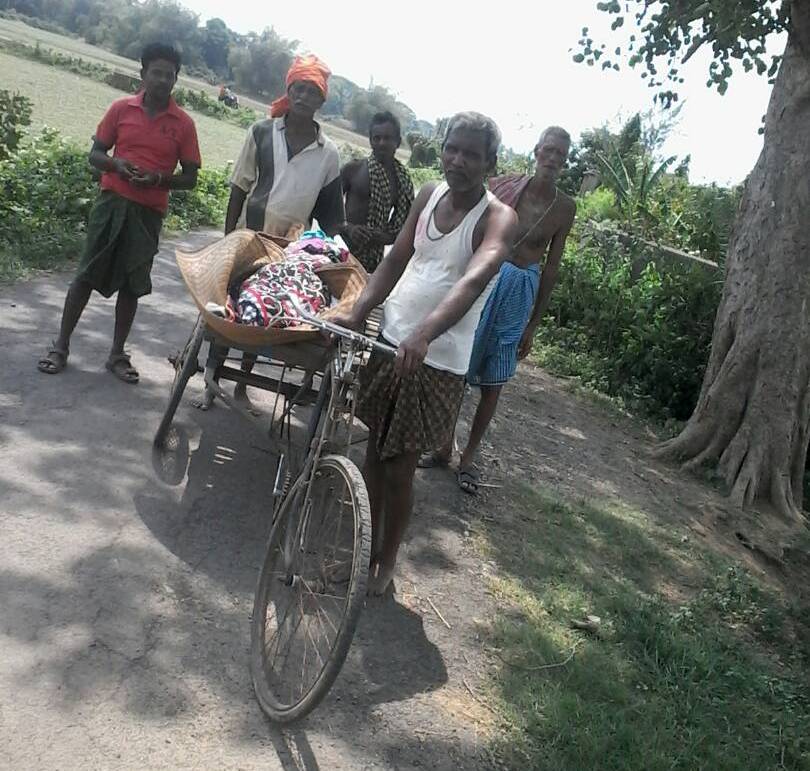 Kendrapara: The pro-people programme like Harischandra Yojana appears to be complete failure in Odisha with the incident reported from Kendrapara district where funds were collected from people by carrying an old woman’s body on trolley for last rites at crematorium.

The body was cremated today 24 hours after death of old woman due to lack of funds.

According to reports, Ani Rout (70) of Barapur village under Kendrapara Sadar police limits died yesterday at her daughter’s house at Narilo village following illness. She is survived by her two daughters. Her daughter urged the Sarpanch Basant Rout to provide her Rs 2,000 under Harischandra Yojana for cremation of their mother’s body.

However, the village head returned her with empty hands.

The tragedy did not end there. The villagers also denied allowing her daughter for cremation of body as the old woman was not from Narilo, where she died. Later, the daughter along with few relatives brought the body on a trolley to Barapada village where she was cremated this afternoon after collecting funds from people.