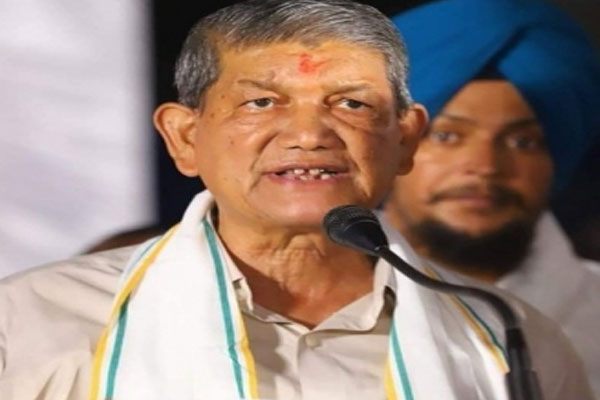 New Delhi: As per early counting trends, former Uttarakhand Chief Minister Harish Rawat is leading with a slight margin in the Lal Kuan constituency as the Congress and BJP are running neck to neck in the 70-member Assembly.

Rawat is a top contender for the Chief Minister’s post if Congress gains a majority.

Even as the exact numbers were awaited, sources said that Rawat was in the leading position.

Congress’ Special Observer for Uttarakhand Mohan Prakash on Wednesday expressed confidence that his party will get a full majority in the state and that the elected MLAs will decide the name for the Chief Minister’s post.

The party has two prominent contenders — former Chief Minister Harish Rawat and Leader of Opposition Pritam Singh, and the former’s supporters claim that he is the natural choice as Chairman of the Campaign Committee.

Prakash said that while the Congress will form its own government in the state without any support, however, it has a ‘Plan B’ and has reached out to BSP candidates who could be potential winners.

The Congress has rejected the exit poll claims that the party may not reach the magic figure and has asked the party workers to prepare for the big fight and not leave the counting centres till the last vote is counted.