Harsh Vardan: The government does not desire to alter food habits of the people 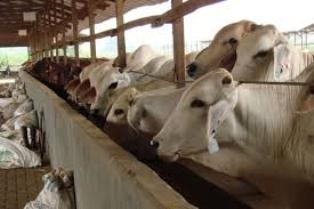 New Delhi: The government does not have an “iota of intention” to change anybody’s food habits or adversely affect the slaughter business, Environment Minister Harsh Vardhan said on Tuesday, promising to look into any suggestions to modify the recent controversial order on cattle trade.

“It is all some misunderstanding and misconceptions. We don’t have an iota of intention to either alter the food habits of anyone nor do we intend to directly or indirectly affect adversely the slaughter trade,” he told CNN News 18.

He was replying to questions on the recent notification by the Environment Ministry regulating the cattle sale to ensure that they are not sold for slaughter in markets. A raging controversy followed that notification with states ruled by non-BJP parties taking strong exception to it. The Kerala and Meghalaya Assemblies have already passed resolutions attacking the notification and asking the Centre to withdraw it.

Dismissing epithets like “fascist” being used against the Modi government, Vardhan said the BJP is used to such attacks but the government was fully dedicated and committed to the people’s welfare.

Asked whether the notification would be amended, he said it has already been assured that the government would correct it. “We will talk it out,” he said adding that everyday the government was receiving representations on the issue.

The minister said the media was unnecessarily hyping the issue as the notification was issued in accordance with a Supreme Court directive.