Has IAS failed the nation? 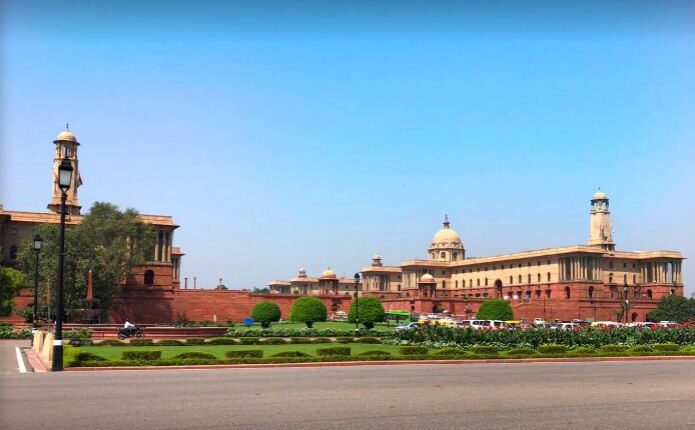 For quite some time it has been quite a favourite pastime of some writers, critics, columnists, civil servants, and more particularly retired IAS officers to run down the Indian Administrative Service, so-called elite service of the country. Although its distinguished predecessor, ICS was called twice born IAS has no such ornamental sobriquet except for those who get assignments like Governor, CAG, Chief Election Commissioner, or similar such appointments after retirement.

When it is told that IAS has failed the nation, it pleases many who were not in IAS, or who are in IAS but  have not gone to the top positions or do not have post-retirement freebies. It also pleases many in IAS who sincerely and honestly feel that the service has deteriorated. Further, it receives greater credibility when it comes from a top IAS officer who had a distinguished career.

Naturally, the question comes to some people’s mind why single out IAS ? What about civil service in general, whether at all-India level or State level? What about executives of Public Sector Undertakings, officials of the nationalized banks, corporate honchos of private sector, millionaires, and billionaires? What about legislature, judiciary, higher or lower, what about political parties, what about media, print or electronic, academia, and what about so-called vibrant civil society including religious leaders and spiritual gurus? Although it is highly sensitive, how about armed forces or para-military forces? After 1962 debacle many were overly critical of army, and ofcourse, Nehru and Krishna Menon took most of it. For some time in some circles there is propagation of views that Nehru, Indira Gandhi, and that family  failed the nation. Even by some, Gandhi is also roped into that list. Time is not too far ahead when Buddha may be also brought into that category. Although it may sound odd or politically incorrect  these days to say that some also cherish the view that the present crop of leaders have already failed the nation.

Is not nation a too big an entity to easily be failed by one single service, or particular group, family, party, or cohort?

All institutions reflect the character of the society and the nation. As there are bad eggs in every segment of a society it would reflect proportionately at every institution. There is no logical reason as to why all bad or rotten eggs should gravitate around one service.

To say that IAS has deteriorated in recent times, naturally one thought comes to one’s mind how recent it is? Did it start from 1966 or 1972, or any other specific year or under specific government or a leader? Were all those who had been recruited earlier angels? In the early years IAS officers themselves used to run down ICS for having failed the country.

In defence of the Indian Administrative Service in particular and civil service in general or professionals in corporate sector, private or public, I have seen in my long civil service career and beyond brilliant people with high degree of integrity in IAS, IFS, IAAS, IPS, IRS, Indian Defence Accounts Service and other central services, State services, engineering and medical services, in armed forces, corporate sector, academia and media in all generations in all decades irrespective of the State, linguistic group, religion or caste or sect or economic group they come from. To say that I did not come across people who according to my judgment were mediocre, poor, and disappointing will be wrong.
When I served as the Chairman of the Appointment and Promotion Board of a specialized agency in the UN system, I had the opportunity to assess civil servants of member-States from Asia to North America, from Africa to Latin America, and from the Middle East to Europe. My frank assessment was the civil servants of India stood out for their challenging work, sincerity, integrity, humility, and human sensibility. My Swiss Secretary General used to invariably say that if he had the freedom to take civil servants from India he would have taken even more. He had an extremely poor impression of civil servants from US and thought those from Britain to be efficient but pompous, and those from Germany to be highly professional but robotic. My Brazilian Secretary General who hailed from Air Force always thought that the Indians of any service or profession were of superb quality. Even the Pakistani civil servants, diplomats and Generals who worked with the Indian professionals, civil servants and armed force officers had great admiration for them.

For a decade or two, civil servants, even military officials, more so IAS officers are  under greater public scanner than before due to media scrutiny and in particular by 24/7 multiple TV channels. 2G and coal scams preceded by Bofors and their uninterrupted media coverage and raids and arrests and recent hullabaloo over Rafael deal have undoubtedly demoralized IAS in particular and civil service in general. It has also not left unhurt the armed forces. Reluctance to take decision, particularly tough ones is the sequel to this national sombre ambience. Blistering attack from the top on the floor of parliament has further contributed to the demoralization.

The Indians who have migrated to the Western  countries have also the tendency to criticize the Indian bureaucracy and blame the leadership of the earlier years for failings of the country. Now with neutral stand taken by India on Ukraine issue, they are in a dilemma whether to blame the present political leadership or the Indian diplomats and bureaucrats.

India has made stupendous achievements in every field. Those like me in the evening of life who saw  what India was in 1947 and what it is in 2022 will recognize the tangible and amazing difference in every field from development in agriculture, industry, service sector to sports and entertainment industry like Filmdom and TV channels and finally to growing, pulsating, and exploding consciousness particularly among youth and women. We, as a nation, have every good reason to be proud of. Every institution has made its contribution to that glory.