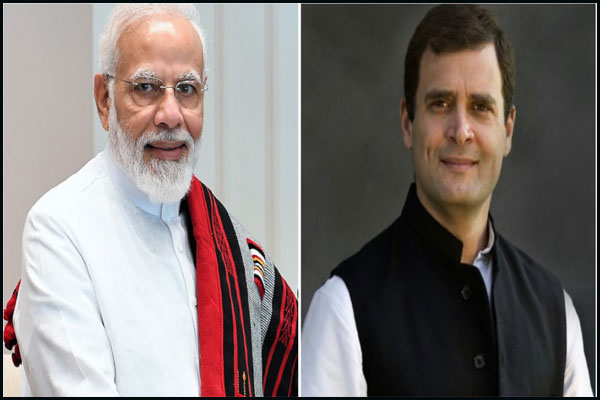 Bhubaneswar: Even as wishes pour in for Prime Minister Narendra Modi on his 70th birthday today, hashtag ‘National Unemployment Day’ is trending on Twitter with over 2 million tweets by far.  And Congress leader Rahul Gandhi explains why.

A section of Twitterati today berated the Prime Minister pointing at the lowest GDP (-23.9%), low farm income, high GST, petrol price hike etc.  A user wrote, “This is not disrespect of our Pm. But this is the attention of our Pm towards the Unemployment in our country…. So Awake Arise & Stop Jumla…. On unemployment,” another tweeted, “Unemployment is more dangerous than COVID19 pandemic. Employment is the right for youngsters. They will fight for their right. Stop जुमेलाबाजी. Give रोज़गार।”

Amidst the scathing attack on Modi by the youth , Rahul Gandhi stepped in to rationalize the situation.

After extending his birthday wishes to PM Modi on Twitter, Rahul Gandhi in his next tweet wrote, “Massive unemployment has forced the youth to call today #NationalUnemploymentDay. Employment is dignity. For how long will the Govt deny it?”

Massive unemployment has forced the youth to call today #NationalUnemploymentDay.
Employment is dignity.
For how long will the Govt deny it? pic.twitter.com/FC2mQAW3oJ

The battle of words between PM Narendra Modi and Congress leader Rahul Gandhi is nothing new. In a tweet yesterday, Gandhi questioned as to why the Prime Minister  is ‘so scared’. Here’s a peek at the tweet:

🔹PM said- no one crossed the border
🔹Then, took a huge loan from a China-based bank
🔹Then, Def Min said- China occupied our land
🔹Now, MOS Home says- there’s no infiltration.

Is Modi Govt with Indian Army or with China?

Modi ji, why so scared?