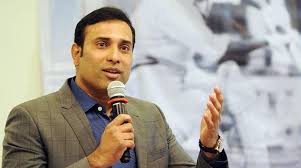 Bhubaneswar: D Prakash Rao, a tea seller based in Cuttack of Odisha, has now garnered the attention and praise of former Indian cricketer VVS Laxman for his widely appreciated social works and mentoring slum kids in the State.

Taking to micro-blogging site Twitter, the Hyderabad-born batsman showered praises on Prakash Rao by saluting his thoughts, passion and selfless act of educating slum kids for free of cost by opening a school in the Millennium City.

Unable to complete his studies because of financial difficulties, Prakash Rao now lives his dream through children living in slums, who do not have money to pay their school fees. He sells tea for a living in Cuttack and uses the money to educate 70-75 slum children. Hats off ?? pic.twitter.com/DPaZpWt2Uk

Prime Minister Narendra Modi had met Prakash Rao during his visit to the State in May this year and also lauded him during the 44th edition of ‘Mann Ki Baat’ radio programme.

Rao provides basic level education – from kindergarten to class III for the poor kids at the school and later helps them to get enrolled in various government schools.

At present, Rao takes care of around 70-75 students by providing them free meals and medicines.

Rao, who was unable to complete his schooling due to financial issues, had been selling tea in Cuttack for the last 54 years.

“Money is not an issue. I want to see these children become something in future,” Rao used to say whenever he was asked how he manages to run the school with such a meagre income.

The Cuttack-based tea seller is also a regular blood donor. So far, he has donated blood for 214 times and platelet for 17 times.

The crusader of education had also pledged to donate his body to the anatomy department of SCB Medical College and Hospital in Cuttack.