Have you heard this trilingual version of Dil Diyan Gallan by Ollywood singer Antara?

ENTERTAINMENTODISHA LATEST
By Flora On Jan 9, 2018 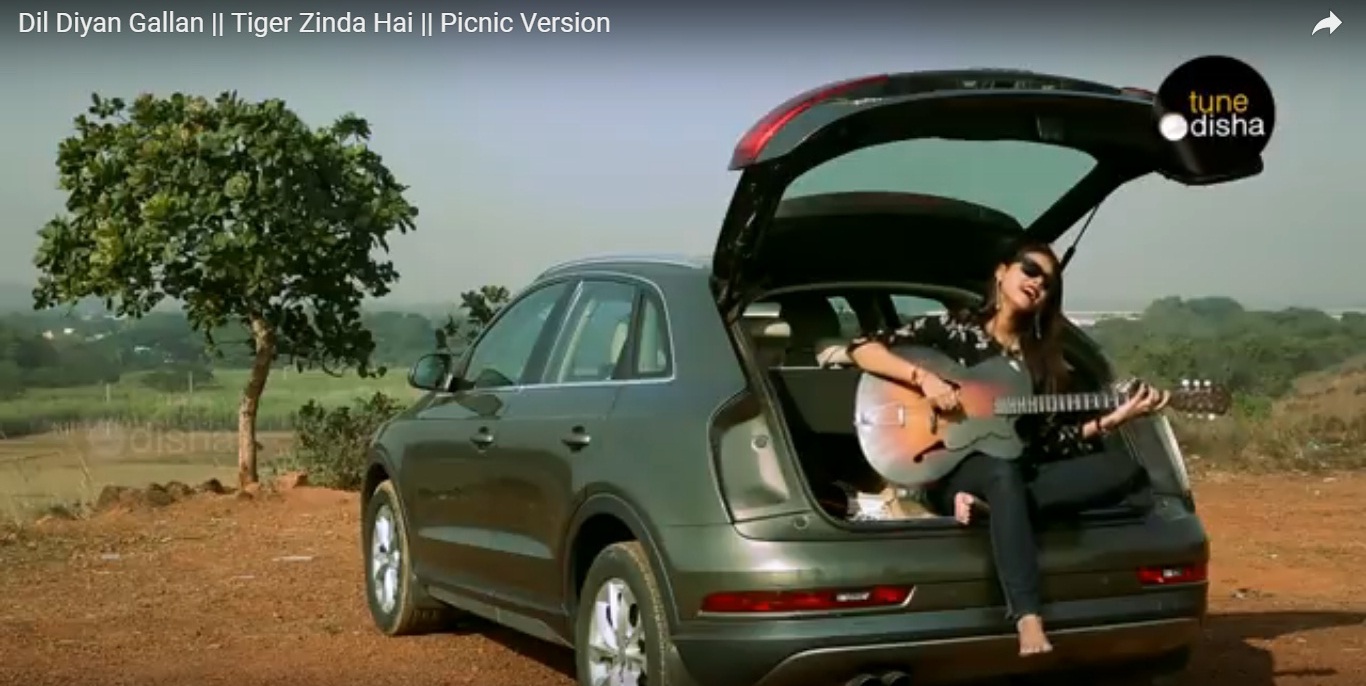 Bhubaneswar: With the roaring success of Tiger Zinda Hai, its star attraction Salman Khan became the only actor in India with three Rs. 300 crore movies to his credit. While the song Swag Se Swagat of the movie has become the ultimate party track, Dil Diyan Gallan is no less than a romantic anthem.

From Sonu Kakkar to Ritu Aggarwal, YouTube is filled with a variety of renditions of this melodious song and singers don’t seem to get enough of it. Ollywood singer Antara Chakrabarty has joined the bandwagon and released a version of this song with Punjabi, Bengali and Odia lyrics blended into it.

Antara, who has previously done playback singing for Odia, Bengali and Marathi movies, sang the popular number in these three languages, while strumming on a guitar for this music video. “It was instinctive and impromptu. We recorded the song late in the night in the studio and the very next day at 7 am were ready to shoot. It was a unique experience to be shooting for a song that I had previously found unremarkable, but got hooked to after listening to it in a loop,” said the 22-year-old singer.

Shot near Naraj on the outskirts of Cuttack, away from the hustle and bustle of the city, the song has a very laid-back appeal to it. It is called a picnic version because it can be effortlessly hummed while chilling out with friends or at a family gathering. Music knows no boundaries and through this trilingual song, Antara hopes to touch the hearts of listeners, be it Odia, Bengali or Punjabi.

“The entire music video was thought of and completed in just 36 hours. The social media response, in such a short span of time, has been overwhelming,” she added.

Conceptualised by Ratikant Satpathy and shot by Jyoti Shankar Singh, the Bengali and Odia lyrics of this song has been penned by Mohit Chakrabarty.

Listen to the full song here: