He was threatened by gangsters: Moosewala’s father 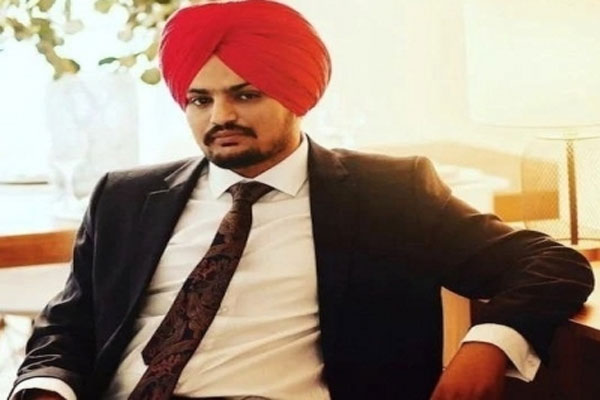 Chandigarh: Slain singer-turned-actor-politician Sidhu Moosewala’s father Balkaur Singh on Monday registered a complaint with the Punjab Police, saying the singer was threatened by gangsters over the phone.

Gangster Lawrence Bishnoi had threatened him many a times and that was why he had kept a bulletproof car, he said.

Accompanying two security personnel, Balkaur Singh said he was travelling in another car when he saw a sedan with four people on board intercepting Moosewala’s Thar vehicle.

“When the Thar reached near the outskirts of Jawaharke village, there was a white-coloured Bolero parked there with four youths occupying it. Soon, there was firing, and four youths in each Bullero and Corolla fled the spot.

“I reached the spot and raised an alarm. I took my son and both his friends to Mansa Civil Hospital, but couldn’t save him,” he said.

In a missive to Chief Minister Bhagwant Mann, the 29-year-old singer’s father demanded the killing of his son should either be investigated by a sitting High Court judge or by the National Investigation Agency (NIA).

Punjab Police have registered an FIR under charges of murder and the Arms Act.

Balkaur Singh also took exception to Director General of Police (DGP) V.K. Bhawra’s assertion that the killing of Moosewala, with a huge fan base running into millions, seems to be an inter-gang rivalry.

“Prima facie, it seems to be an inter-gang rivalry between the Lawrence Bishnoi group and the Lucky Patial group,” Bhawra told the media on Sunday.

“The Lawrence Bishnoi group has taken the responsibility of Sidhu Moosewala’s murder citing it be the retaliation to the killing of Vicky Midhukhera,” he said.

In less than 24 hours after his security was curtailed by the government, Moosewala was shot dead by gangsters close to his ancestral village in Mansa in broad daylight on Sunday, police said.

He was on the wheel in a Mahindra Thar SUV when the assailants, believed to be 10-12, fired more than 20 rounds at point-blank range at the singer and his two friends, who got grievous injuries. Moosewala got seven-eight bullets.

It is learnt that the AK-47 assault rifle was used in the crime as its shells were recovered from the crime scene.

The DGP said three shooters — Sunny, Anil Lath and Bholu, all residents of Haryana — have already been arrested by Delhi Police Special Cell in connection with the murder of Midhukhera, while, another accused identified as Shaganpreet, who was manager of Moosewala, was also nominated as accused in the FIR registered regarding the murder of Midhukhera.

Shaganpreet has escaped to Australia and is wanted by the police.

The police suspects that Moosewala killing was done to avenge the murder of Midhukhera, sources said.

Regarding the killing of Moosewala, the DGP said preliminary investigations revealed three weapons, including 7.62 mm, 9 mm and 0.30 bore weapons, were used in the crime. It is still under investigation, he added.

On the directions of Chief Minister Bhagwant Mann, a three-member Special Investigation Team (SIT) was constituted to ensure effective and speedy investigation of the murder of Shubhdeep Singh alias Sidhu Moosewala.

Moosewala, who left his house around 4.30 p.m. along with two persons — Gurwinder Singh and Gurpreet Singh (cousin) — was shot dead by some unidentified persons. Moosewala was driving his Mahindra Thar vehicle.

DGP Bhawra said when Moosewala reached Jawahar Ke village they were followed by a white Corolla and they were intercepted from the front by two cars, including a white Bolero and a dark grey Scorpio.

“There was heavy firing from the front on Sidhu Moosewala and his friends, where all sustained bullet injuries,” he said, adding that the police team reached the spot immediately and the trio were taken to the Civil Hospital in Mansa where Moosewala was declared brought dead, while his cousin and his friend are in stable condition and they have been referred to Patiala for further treatment.

On withdrawal of Moosewala’s security, the DGP said in view of Ghallughara week the police had temporarily withdrawn only two security personnel of Moosewala for law and order duty, while he had two police personnel from Commando Battalion deployed with him.

“While leaving home, Sidhu didn’t take along his two police personnel and also left his private bullet-proof car at home,” he said.

The DGP directed the IG (Bathinda range) Pradeep Yadav, the SSP (Mansa) Gaurav Toora and the SSP (Bathinda) J. Elanchezian to camp in Mansa, while the Additional DGP Law and Order has mobilised the required force to nab the murderers of Moosewala.