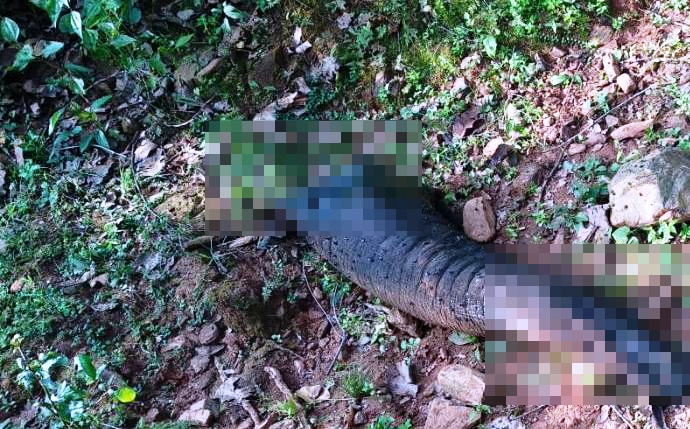 Deogarh: A carcass of a tusker without its head was found today at Prabhashuni Reserve Forest in Odisha’s Deogarh district. It is suspected that the elephant was killed by poachers for stealing its tusks.

Locals spotted the pachyderm’s body this morning and informed Forest department about it. Concerned officials reached the place and started a probe to ascertain the circumstances under which the jumbo died.

One killed, over 20 injured in bus-truck collision in Odisha…

“The animal was killed 2-3 days ago. Its estimated age is 25-30 years and the stolen tusks would be around 1-feet-long,” a forest official said.

The exact reason behind the death of the elephant can be known after post-mortem of the carcass, he added.