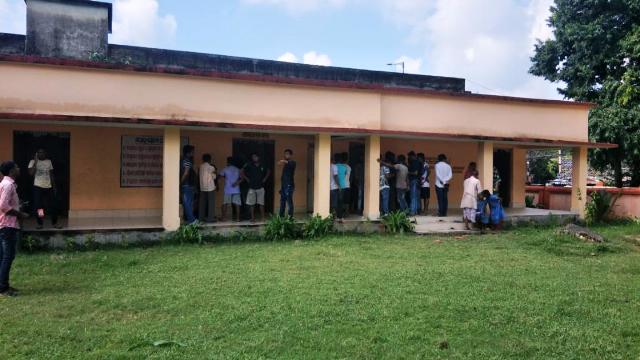 Balasore: In yet another incident of sexual abuse against minor girls in Odisha, a Headmaster of a Government primary school has been accused of making objectionable gestures at four girl students of the school.

The matter came to the fore after the four students brought the matter to the notice of their parents.

Tutor held for ‘sexual abuse’ of girl student in…

Sources said Headmaster Bhaskar Panda of Nijagada Primary School in Ward-9 at Nilagiri called four students of Class IV and V to his chamber recently and made objectionable gestures at them. The students also alleged that the Headmaster touched them inappropriately.

After the students informed their parents about the issue, the latter along with locals of Chiminabhati and Sanaota villages gheraoed the Headmaster in the school today demanding his suspension. Later, Nilagiri police station IIC and BEO reached the spot and brought the situation under control.

However, no police complaint has been filed in this regard till yet.

4 transgenders from Odisha who broke stereotypes and set benchmarks

JCB runs over two labourers in Odisha, one dead