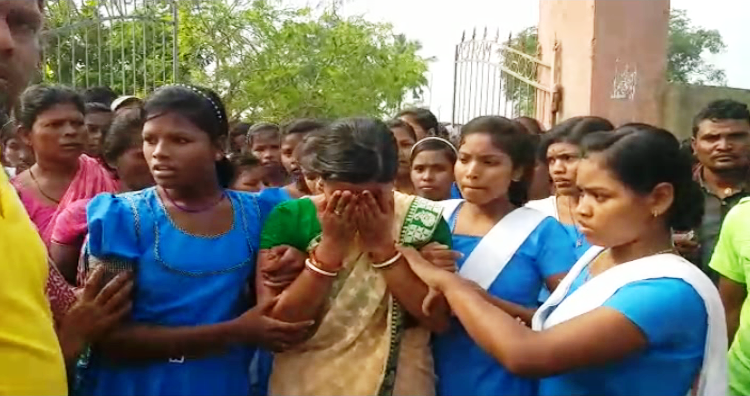 Balasore: Tension prevailed at a residential school at Hasanpur village under Sadar block in Balasore district after the Headmaster was taken to task by villagers for having illicit relationship with a female staff of the school.

Alleging that Headmaster Rajeev Lochan Patra is involved in an illicit relationship with the woman Hotel Superintendent, students locked the main gate of the school and sat on a dharna demanding his transfer. Later, locals, including women intervened and dragged both of them on road and thrashed them.

Sources said students of the school had brought allegations about their illegitimate relationship after seeing them in a compromising position last month. After finding them again in similar situation inside the school last evening, the students got angry and staged a protest this morning.

Later, District Welfare Officer (DWO) reached the spot and rescued the two from the villagers’ clutch. They assured the villagers that he will look into the matter. However, the Headmaster has refuted the allegations.

Raina is the first AG of J&K UT