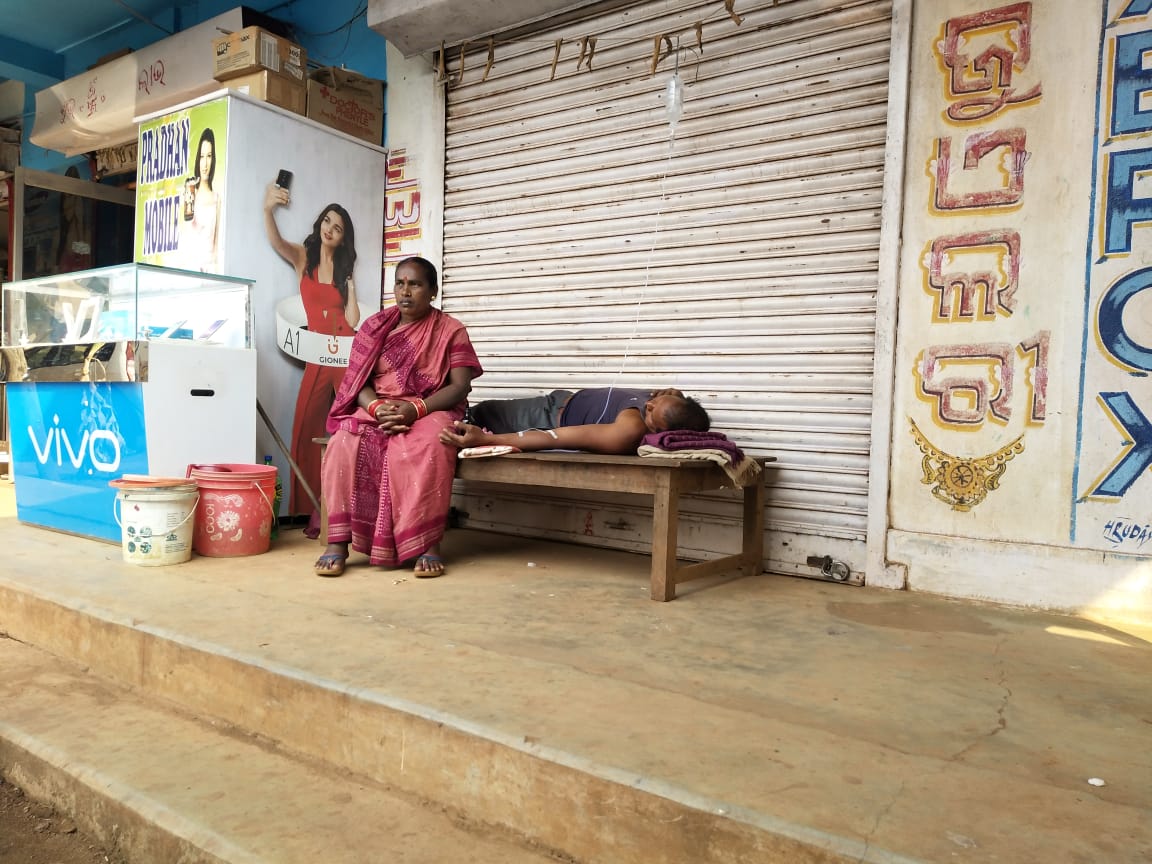 Keonjhar: In yet another incident pertaining to the deteriorated healthcare services in Odisha, a patient was reportedly administered intravenous (IV) fluid at the verandah of a shop at Telkoi Bazaar in Odisha’s Keonjhar district.

According to reports, family members of one Naba Munda of Kamalanga village had brought him to a government hospital in Telkoi on September 12 after he complained of illness. However, his treatment at the hospital was not possible due to alleged absence of doctors.

Later, owner of a medicine store at Telkoi administered him IV fluid and made him lay on a bench in front of the shop. The treatment, without consultation with any doctor, continued for hours.

On being questioned by mediapersons regarding such practice, the shopkeeper threatened the reporters. Patients of the area are undergoing similar plight due to lack of proper health services, locals alleged.

However, Gour Prasad Mishra, Chief District Medical Officer, said the patient had not gone to the hospital. “Preliminary probe has revealed that the person hadn’t gone to the hospital on that day as his name was not mentioned in the register. However, we are continuing the investigation and necessary action will be taken, if required,” the official said.

Headmaster held for misbehaving with girl students in Odisha