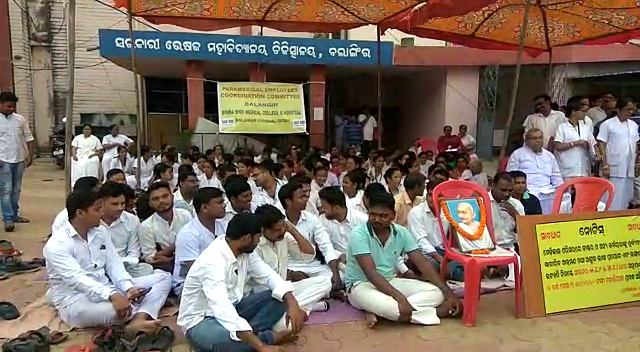 The nurses and paramedical staff observed ceasework in front of main gate of the medical college and hospital demanding arrest of accused persons involved in attack on the nurse last month.

The agitators alleged that police had failed to take action against the accused persons despite complaint.

According to reports, a staff nurse on duty of the Bhima Bhoi Medical College & Hospital was allegedly assaulted by relatives of a patient on June 26.

Class I boy drowns while bathing in pond in Odisha