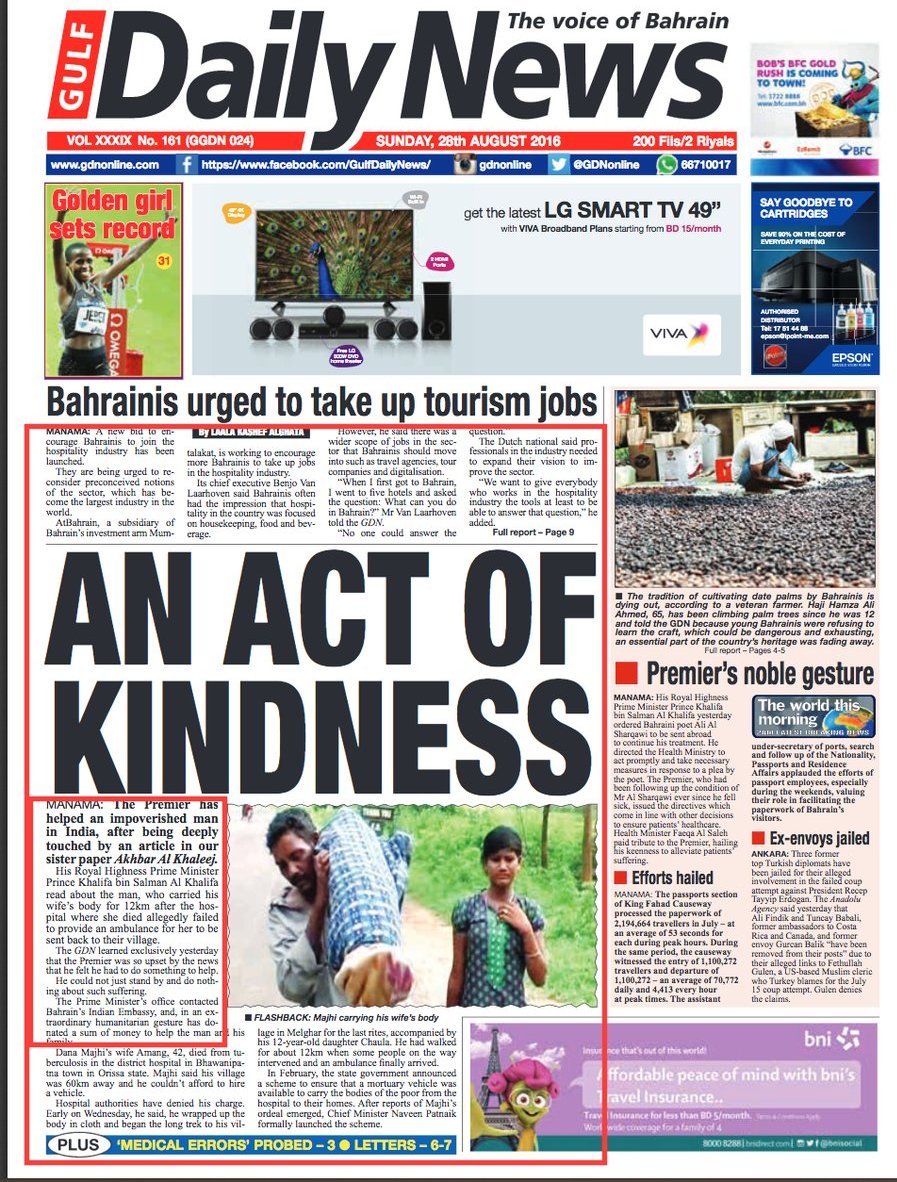 While the plight of a tribal man from Odisha’s Kalahandi district carrying his wife’s body on his shoulders has drawn the international media attention, Bahrain Prime Minister Prince Khalifa bin Salman Al Khalifa has extended financial help to the impoverished man.

“His Royal Highness Prime Minister Prince Khalifa bin Salman Al Khalifa read about the man, who carried his wife’s body for 12km after the hospital where she died allegedly failed to provide an ambulance for her to be sent back to their village. The Premier was so upset by the news that he felt he had to do something to help,” Gulf Daily News reported.

“The Prime Minister’s office contacted Bahrain’s Indian Embassy, and, in an extraordinary humanitarian gesture has donated a sum of money to help the man and his family,” the report said.

The leading newspaper of Bahrain carried this piece in today’s edition.

Notably, Dana Majhi had admitted his wife Amang Dei (42) to the District Headquarters Hospital (DHH) who was suffering from tuberculosis. She passed away late on Tuesday night. When Majhi asked for a hearse for transporting the body, a hospital staff allegedly told him to make arrangements to take the body on his own.

A distraught Majhi carried his wife on his shoulders to his village at Melghara village under Thuamul Rampur block, about 60 km from the health facility. He had traveled almost 10km before being spotted by a local television reporter. The scribe helped him get a hearse to cover the remaining distance.

Following this, a male nurse has been shunted out and the security agency disengaged from service for negligence in providing a vehicle to transport the body.