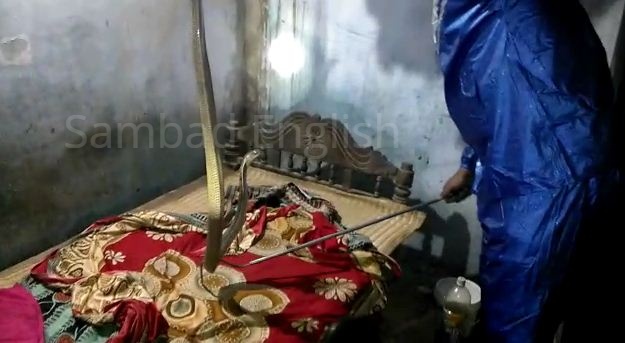 On being informed, two members of the Snake Helpline reached the village to rescue the snake. The duo initially failed to spot the snake inside the bedroom despite repeated attempts. Moments later, they found the reptile lying on the bed.

The snake was then rescued and released into a natural habitat. The cobra might have entered the house for shelter amid incessant rainfall in the area, a member of the Snake Helpline said.