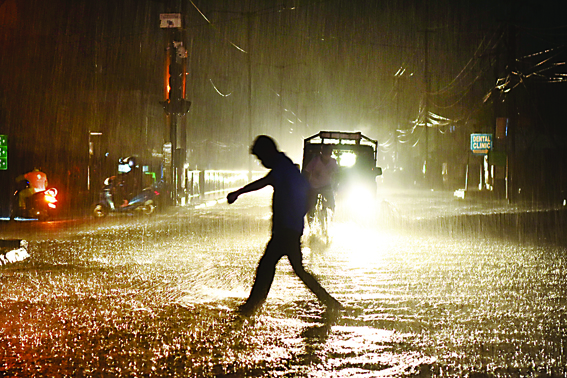 Bhubaneswar: The Regional Meteorological Centre today predicted light to moderate rain or thundershower at most places over the districts of Odisha tomorrow. However, red warning has been issued for Sambalpur, Deogarh, Angul, Sonepur, Dhenkanal, Jharsuguda and Bargarh districts where heavy to very heavy rainfall at a few places with extremely heavy falls at one or two places is likely to occur.

Orange warning has been given for Bolangir, Sundargarh, Boudh, Keonjhar, Khordha, Jagatsinghpur, Puri, Kendrapara, Balasore, Bhadrak, Jajpur and Cuttack districts where heavy to very heavy rainfall at one or two places is likely to occur.

The weather office further said flash flood/waterlogging and inundation in low lying areas will occur in the states for which red and orange warnings have been issued. Besides, there is a possibility of some damage to informal/kutcha road and wall collapse of vulnerable kutcha houses.

There will be rise of water level in river as well and damage to horticulture and standing crops in some areas due to inundation. The Regional Meteorological Centre suggests the government to keep arrangement for drainage of excess water. Public are advised to avoid movement in affected areas.

Yellow warning has been issued for Nuapada, Kalahandi, Kandhamal, Ganjam, Nayagarh, and Mayurbhanj districts where heavy rainfall is likely to occur at isolated places.

Fishermen have been advised not to venture into sea along and off Odisha coast, North and West Central Bay of Bengal till September 14, 2021.

The weathermen advised all ports of the State to keep the Local Cautionary Signal No- 3 (LC-III) hoisted.

Deep Depression over north coastal Odisha moved further west-northwestwards during past six hours with a speed of 13 kmph and lay centred at 2:30 PM today over north interior Odisha, about 50 km east-southeast of Keonjhargarh and 100 km northwest of Chandbali.