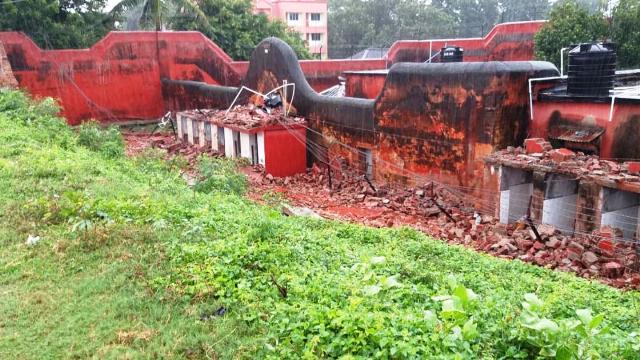 Jajpur: Tension prevailed at Jajpur sub-jail here late last night after a large portion of its boundary wall collapsed due to incessant rain.

Though no casualty or injuries have been reported in the incident, a few toilets of the jail have completely been damaged due to the wall collapse putting the inmates in difficulty.

Sources said the sub-jail was constructed way back in 1912 and relaying of a road along the boundary had weakened the compound wall. Due to heavy rain, the wall collapsed late last night.

However, the jail authorities were not available to comment on the matter.