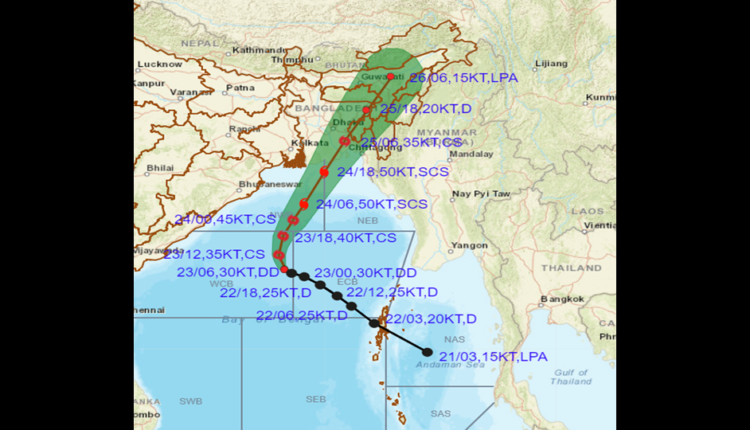 Bhubaneswar: The deep depression over west-central Bay of Bengal intensified into cyclonic storm Sitrang at 5.30 pm today, said the IMD.

The system now lies over the Bay of Bengal around 580 km south of Sagar Island and 740 km south-southwest of Barisal in Bangladesh. The cyclonic storm will move north-northeastwards and cross Bangladesh coast between Tinkona and Sandwip in the early morning of October 25, added the IMD.

Many places in the north costal and south coastal Odisha, and a few places in the remaining districts of the state are likely to witness moderate rain/thundershower due to the impact of cyclonic storm Sitrang on October 24, said the IMD regional centre here in its evening bulletin today.