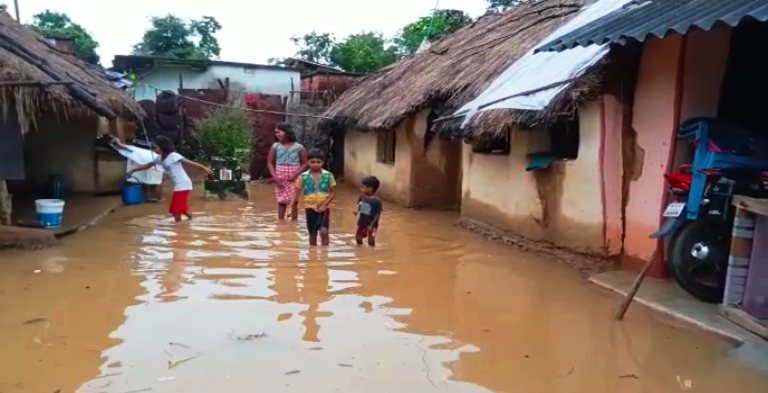 Sonepur: Incessant rain during the last couple of days under the influence of a low pressure over Bay of Bengal has triggered flood-like situation in Sonepur district.

Normal life in many parts of the district including Birmaharajpur and Ulunda blocks has been disrupted as floodwater inundated several roads and houses.

Paikbahal village under Sonepur block has been submerged under 3 ft water due to overflowing of floodwater in Raksa nullah. Similarly, vehicular communication in Kukia, Kapasira, Didimal, Jagannathpali, Baghapali, Badmal, Lambakani, Dhuldhula villages under Panchamahala Gram Panchayat has come to a grinding halt due to flooded roads.

Besides, an embankment at Lambukani village collapsed due to heavy rain. As a result, water gushed into several houses and cultivated lands in the village.