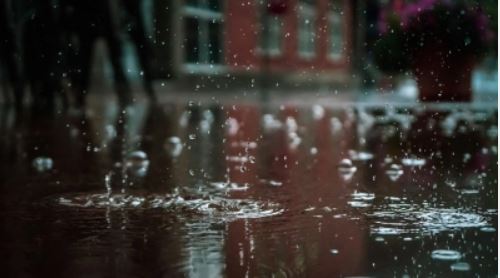 New Delhi: Even as conditions have become favourable for further withdrawal of southwest monsoon from large parts of northwest India, two cyclonic circulations in the Arabian Sea and the Bay of Bengal each will bring in heavy rainfall in much of central and peninsular India over next two days, the IMD said on Sunday.

Conditions are becoming favourable for further withdrawal of the southwest monsoon from some more parts of Gujarat, Chhattisgarh, most parts of Madhya Pradesh, Jharkhand, Bihar, and some parts of Maharashtra, Odisha and West Bengal during next two days, the India Meteorological Department (IMD) said in a statement.

The first cyclonic circulation lies over north Andaman Sea and its neighbourhood. Under its influence, a Low Pressure Area is very likely to form over the same region during next 36 hours. It is likely to become more marked and move west-north-westwards towards south Odisha-north Andhra Pradesh coasts during subsequent 4-5 days, the IMD said.

“Under its influence, light to moderate rainfall at most places with isolated thunderstorm (wind speed 40-50 kmph gusting to 60 kmph) and heavy to very heavy rainfall is very likely over Andaman and Nicobar Islands during next five days,” it added.

A cyclonic circulation also lies over east central Arabian Sea and extends up to mid tropospheric level tilting south-westwards with height. It is very likely to persist during next 3-4 days, and under its influence, fairly widespread to widespread light to moderate rainfall with isolated heavy rainfall is very likely over southern peninsular India during next five days and over Maharashtra during next two days.

Isolated very heavy rainfall is very likely over Kerala and Mahe between October 12 and 14, the IMD release said.

The withdrawal of southwest monsoon commenced very late on October 6 this year as against the normal date of September 17.

Sulagna Panigrahi on how she prepared for her character in ‘Vidrohi’

Fresh complaint against Richa Chadha for tweet against Indian Army