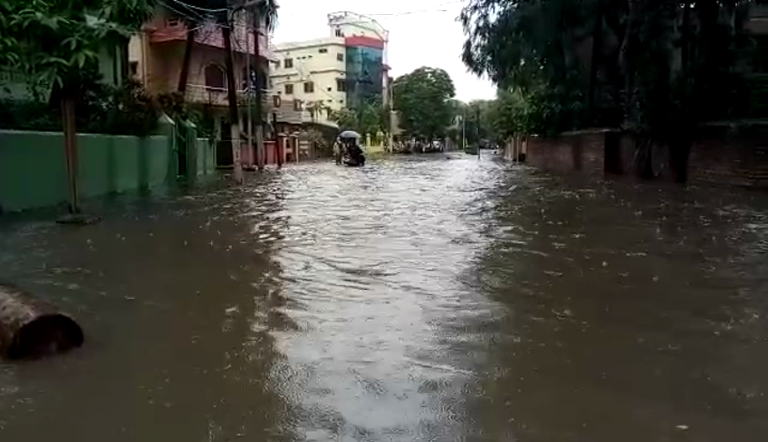 Bhubaneswar/Berhampur: In view of the heavy rainfall in Odisha’s Puri, Ganjam and Gajapati, the district administrations today declared closure of all schools in the regions.

However, teachers have been directed to remain present at schools in the three districts.

On the other hand, heavy downpour inundated many parts of the twin cities of Bhubaneswar and Cuttack. Low lying areas of the two cities were submerged affecting normal life while waterlogging hit vehicular movement in several areas.

As per information, Balasore recorded the highest rainfall of 100 mm, followed by Bhubaneswar with 98 mm and Gopalpur with 74 mm.

The Indian Meteorological Department has issued orange warning and yellow warning for several districts of Odisha in view of cyclonic circulation over south Andhra Pradesh.