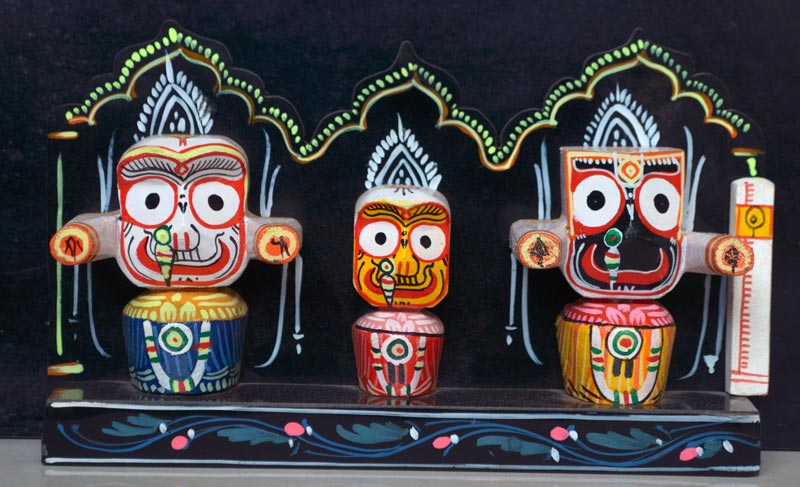 Puri: The servitors offered herbal medicine Dasamula to ailing lords yesterday at Jagannath temple in Puri for recovery from fever.

The deities are undergoing herbal treatment to cure ailments at Anasara house after they fell sick due to holy bath on Snana Punrnima.

The servitors engaged in Gupta Seva (secret rituals) during Anasara period have been treating the deities with herbal medicines in traditional way.

The Holy Basil leaves have been offered to deities for the first time yesterday after they fell sick. Later, Dasamula was offered to cure ailments.

Meanwhile, 30-kg sandalwood paste has been applied on sreeanga (bodies) of deities. The paste will last for one year.

The Khali or Osa prepared by Sudha Suara was also served to the lords yesterday.

Earlier, Phuluri Tela (herbal oil made from sesame, fragrant flowers and other herbs) were applied on the divine body of the Chaturdha Murti.