New Delhi: The Centre today said as many as 1,510 IAS and 908 IPS posts have been lying vacant across the country. Replying to a question asked by BJD MP from Odisha, Sasmit Patra in the Upper House, Minister of State (PMO) Jitendra Singh gave the details on vacancies of IAS and IPS posts in different cadres.

The Union Minister further said a total of 58 IAS and 72 IPS posts are vacant in Odisha.

The maximum 116 vacancies for IAS posts are vacant in Arunachal Pradesh Goa Mizoram Union Territory (AGMUT) cadre. A total of 30 IPS positions are lying vacant in the cadre, as per the data provided by the Union Minister.

In Jammu and Kashmir cadre, the maximum of 76 IPS posts are vacant. A total of 71 IAS vacant positions are yet to be filled in the cadre. 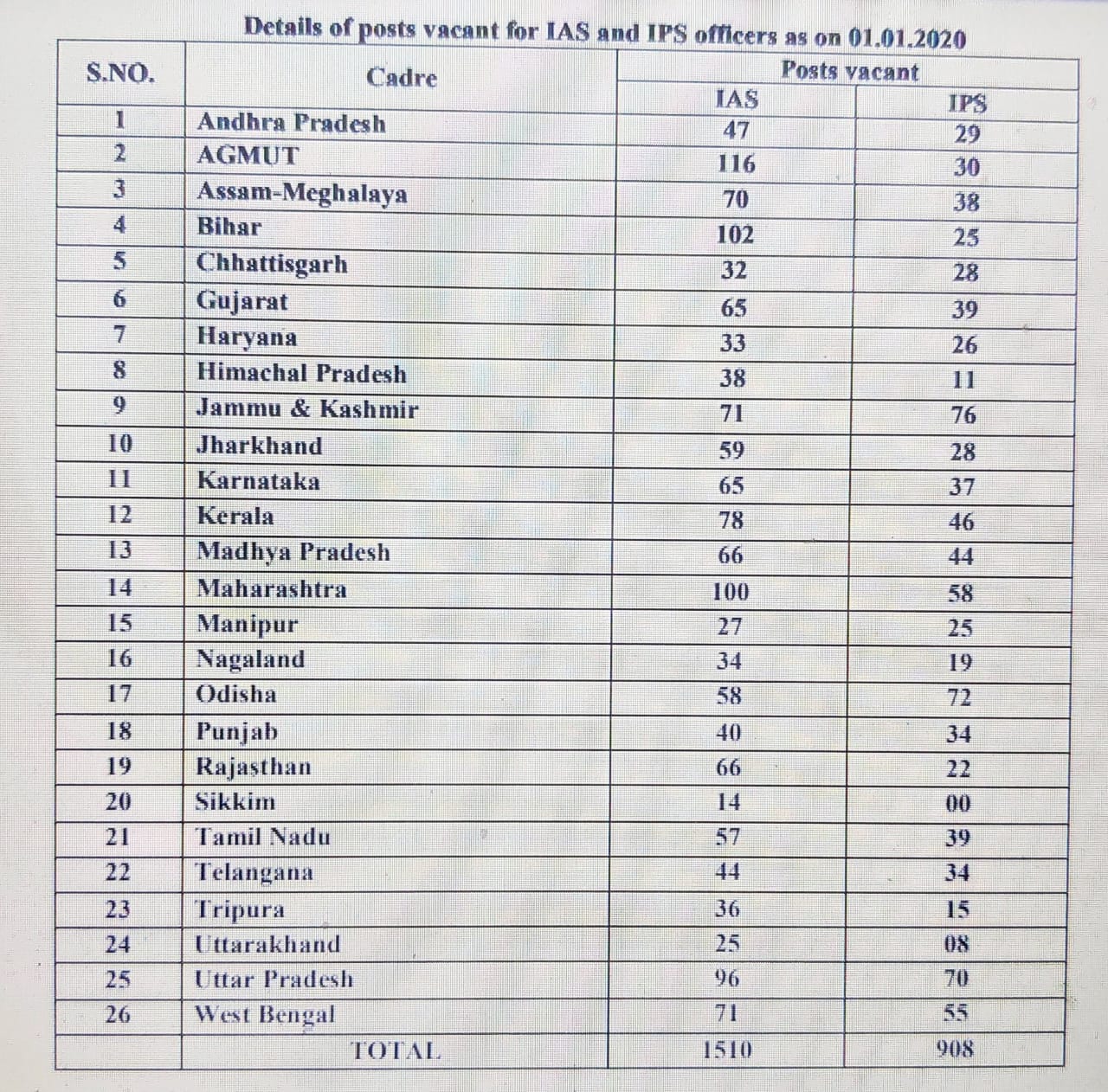 Constitutional crisis as Andhra trying to take over our land: Odisha

Air fares go up; here’s how much tickets will cost you