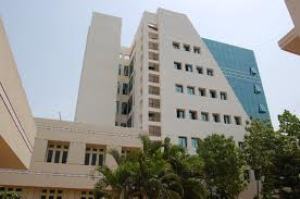 Bhubaneswar: Xpressions 2018, the management cultural fest of XIMB, one of the biggest Management-Cultural fest of India, is a three-day extravaganza which is scheduled to take place from 16th to 18th November 2018.

With just 3 days to go for the fest to kick start, the college is gearing up for a bunch of multi-faceted business competitions that are the primary attraction of any management fest and a big part of the college’s legacy. Alongside these, Xpressions will host a variety of classical and contemporary cultural events that will serve as the perfect platform to showcase one’s artistic skills.

The second day is prepared to host the remaining rounds of XIMB-MUN, AD VALOREM, Vriddhi, and MAXIM Mela. To add to these, the second day is filled with some of the most awaited business events like Trade Wars, a trading simulation game organized by X-Fin, Maven, conducted by CONSTRAT, the consulting and strategy association of XIMB, Case Connect, a national level case study competition conducted by X-Sys, Vakritva, conducted in a collaborative effort by SpeakUp and Social Responsibility Cell, Aarohan, a case study competition organized by X-Ops. The day is also filled with informal events like Flight of Fancy, organized by LitSoc, the Literature Society of XIMB, and Virasat, a classical competition held by SPIC MACAY, XIMB Chapter. The day will also continue another round of Zorb it Out, where the zorbing event is scheduled throughout the day. The second day also hosts Jack of All Trades, a case study and simulation competition organized by the Gaming Committee of XIMB. Decibelz, the most awaited war of bands is scheduled on the second day of Xpressions’18. The evening is set for a jam-packed performance by the band Moongphali.

These cultural and business events foster the soul of Xpressions, undoubtedly one of the biggest management & cultural fest of India; giving a platform to the leaders of tomorrow to showcase their ability to take on formidable challenges today.

Last year Xpressions had witnessed the ravishing performance by Farhan Akhtar. Performing for the very first time in Bhubaneswar, not just XIMBians, but also the whole of Bhubaneswar awaited his performance. This year, XIMB awaits to host Sunidhi Chauhan for the live performance on Celeblitz, the Celebrity Night.

Registration for the fest can be done on the website:

COVID-19 in XIMB: No need to panic, says BMC