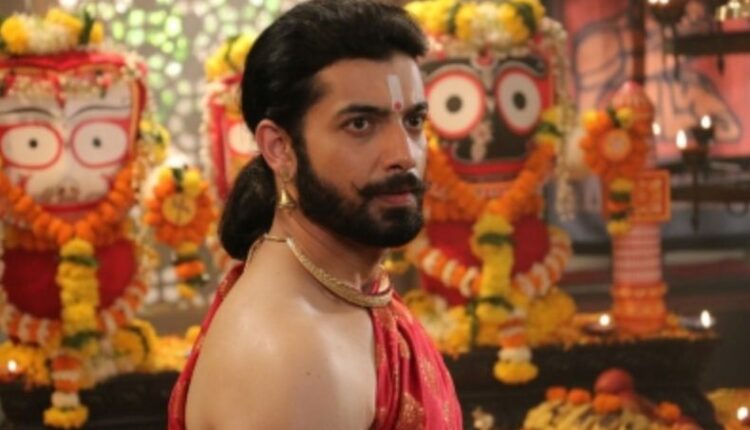 Mumbai: Actor Sharad Malhotra is all set for his upcoming show ‘Vidrohi’. He is going to be seen playing the historical character of freedom fighter ‘Buxi Jagabandhu’ of Odisha.

It is never an easy task to depict such a strong character on-screen. The promo of this show has been released recently. Sharad shares in detail about the preparation work and challenges that he faced while doing this particular role. He also learnt horse riding and martial arts.

He reveals: “I have had to do a lot for the show. There was an action workshop that was conducted as well where we were taught some local martial arts of Odisha. We were also taught sword fighting but I have been taking up some training in it for quite some time now so that helped. We were also trained in horseback riding. My personal preparation would include conducting some thorough research about the revolt, reading books from the said time and watching some relevant material on TV. I am always making my own notes to better the character. I had to put in a lot to achieve just the right kind of body language to play ‘Jagabandhu’.”

Sharad goes on sharing that he has to work on losing weight and also put a lot of effort on voice modulation.

He adds: “I had to lose weight and gain muscle weight to get the right look. The kind of shows that I have previously worked on are quite different from what ‘Jagabandhu’s character is so I quite obviously had to work a lot on my voice modulation, the dialect, and of course, the body language. We needed an Oriya touch to it all so the dialect was worked on by keeping that in mind. We wanted everything to be very authentic and hence had to learn quite a lot about the state of Odisha.”

“It is an untold story of our rich history so we wanted to say it right. As I belong to Kolkata, I can vouch for the similarities between the two states, Odisha and West Bengal which helped and the episodes have come out to be fantastic is what I’ve heard. We’ve even shot in the rain for that matter! I remember driving from Mumbai to Karjat where the shoot was scheduled during the monsoons while it was raining heavily. The promo has got some crazy responses as expected,” concludes Sharad.