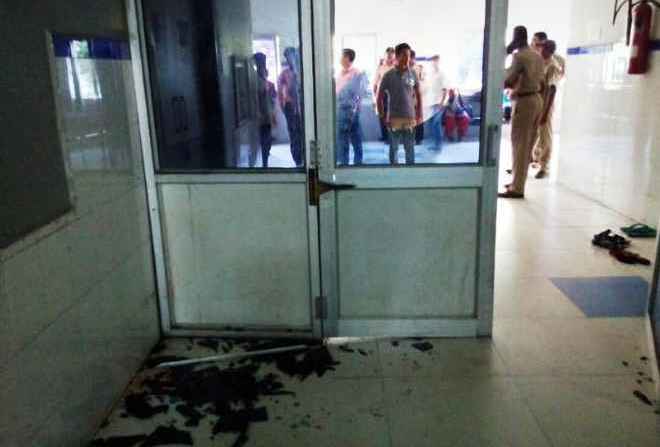 Rourkela: Tension gripped Hi-Tech Medical College and Hospital in Odisha’s Rourkela city today as kin of a deceased patient vandalised the hospital alleging negligence in treatment as the reason behind the death.

According to reports, one Ramakant Ray of Birajapalli here was admitted to the hospital five days ago after he complained of chest pain.

He was later discharged but brought again to the hospital this morning after re-suffering from chest pain.

However, he took his last breath at the hospital.

Alleging that delay in taking him to ICU over payment issues led to the death, his family members created ruckus and ransacked the hospital breaking door panes.

Police have been deployed at the spot to avoid further untoward incident.