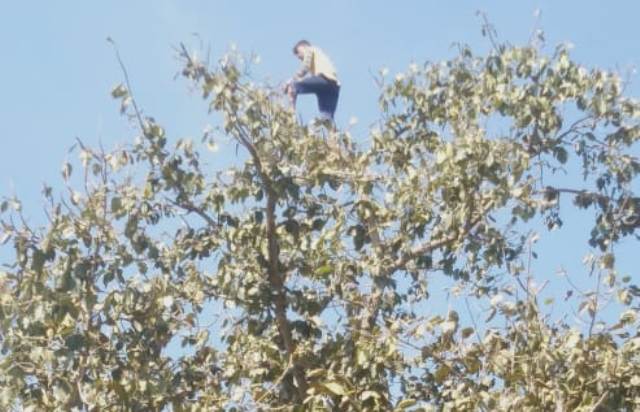 Dabugaon: High drama unfolded at Dabugaon in Odisha’s Nabarangpur district and the Police and Fire Service personnel were sent into a tizzy when a youth in inebriated condition climbed atop a big banyan tree for one and half hours today.

The youth, Manas Nayak from Hatapadasahi in Dabugaon had an argument with his wife over some issues. In a fit of rage, the youth marched out of his house and climbed atop the banyan tree at around 12 noon. Locals requested Manas to come down, but in vain.

Man beaten to death with stick by son in Odisha’s…

The youth came down from the banyan tree on his own after one and half hours. Later police detained Manas for questioning and found him to be drunk.