High drama in Balangir: Here’s why members of a family were held captive by a youth at gunpoint 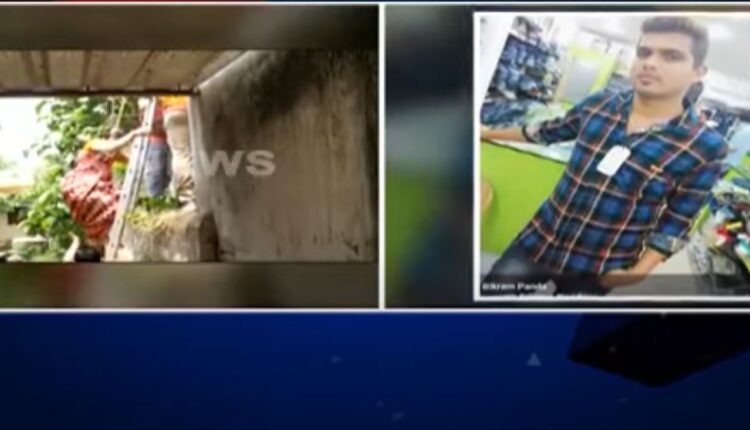 Balangir: High drama unfolded in Shantipada area of Odisha’s Balangir district today as a youth carrying a gun barged into a house in the locality and allegedly held the family members hostage after locking the doors from inside.

According to reports, the accused, a businessman namely Bikram Panda, was in a relationship with a girl, who works as a clerk at the Bhima Bhoi Medical College & Hospital here. The kin of the girl had recently rejected his proposal of marrying her.

In a fit of rage, Panda entered the house of Madan Mohan Hota, the girl’s uncle, located in Shantipada, this morning. He threatened the family members at gunpoint and also demanded the girl’s presence at the spot, reports added.

On being informed about the incident, police and Fire Service personnel rushed to the spot and initiated efforts to communicate with the youth to know about his demands.

Later, police managed to enter the house through a window and rescued the three family members using rope and ladder.

After a five-hour-long operation, cops nabbed the youth and arrested him. He fired 2-3 rounds of bullets towards himself, attempting suicide, said Balangir SP.

Some friends of the accused said he was under depression and seeking sleeping pills for the last few days.