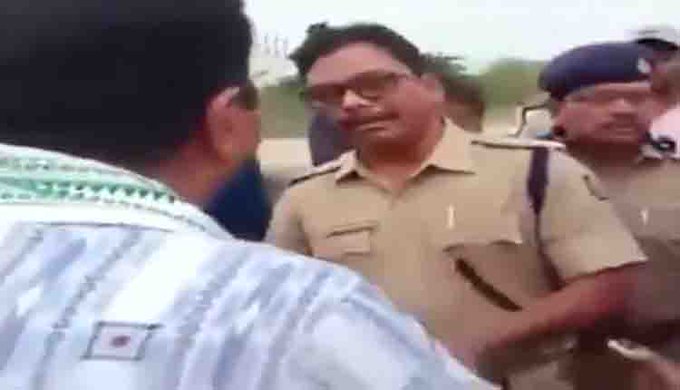 As per the available information, the incident took place at MCL helipad in Sambalpur soon after the Union Minister landed there to attend an election rally.

The police officials wanted to check the helicopter in which Pradhan had arrived. But, the Union Minister asked them to show the papers for doing so and subsequently lost his cool and engaged with a verbal spat with the on-duty cops, sources said.

In the clipping, Pradhan, the BJP’s face in Odisha, was seen shouting and saying ‘shut up’ to a police official when the later was trying to explain that it was a routine check as per Election Commission’s guidelines.

The Union Minister was also seen asking the cops whether they are checking Naveen Patnaik’s helicopter or not.

Burla-Hirakud SDPO Shishuranjan Mahapatra, who was present at the spot, had to intervene to bring the situation under control. “As per Election Commission’s guidelines, two teams were present for routine checking. The flying squad requested Dharmendra Pradhan to cooperate with the routine checks, but he reacted.”

Pradhan or State BJP Spokespersons could not be contacted for their comments on the matter.

SOG jawan killed in grenade explosion during training in…