High positivity rate in 3 Odisha districts ’cause of concern’ 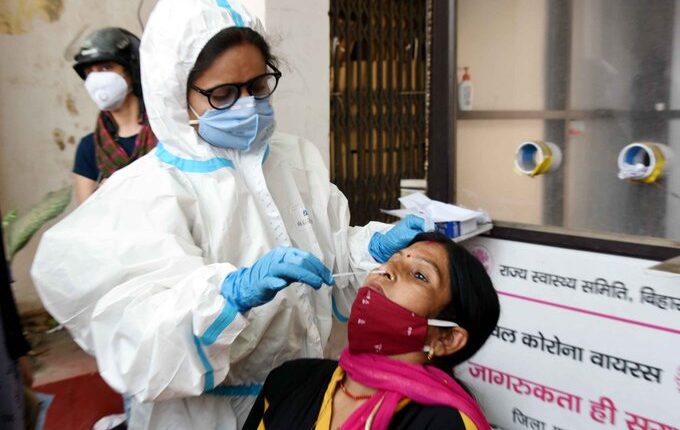 Bhubaneswar: Amid substantial dip in COVID-19 cases in Odisha, three districts still report high positivity rate over the last week for which the Centre has expressed its concern.

Three districts — Balasore, Dhenkanal and Nuapada — have registered weekly positivity rate for the week ending on July 4 of more than 10%.

“It is a point of concern that presently, 3 districts of Odisha are reporting weekly positivity rate of more than 10% between June 28 to July 4,” wrote the Union Health and Family Welfare Secretary Rajesh Bhushan to Odisha Chief Secretary Suresh Chandra Mahapatra yesterday.

Though, the State’s positivity rate is consistently declining and stands at 5.36% between June 28 and July 4, the district of Nuapada has shown significant increase in positivity rate over the last week.

In a letter, Union Health and Family Welfare Secretary highlighted the critical areas of concern with a detailed analysis.

Although the cases have shown continuous decline since past 4 weeks in Odisha, 5 districts — Khordha, Cuttack, Jagatsinghpur, Kendrapara and Balasore — have reported an increase in the week ending on July 4 as compared to previous week.

The Ministry also expressed its concern over the increase in number COVID deaths reported by the State Government over the past 2 weeks.

While Khordha district reported 58 deaths, the highest in the State, over the last week, the number of fatalities was 309 in the State during the same period.

Even as the State has a low CFR (Case Fatality Rate) of less than 0.46%, the continuous monitoring of daily new deaths needs to be done, the top union official suggested.

He urged the State administration to focus on these highly infected districts and take necessary action at the earliest to keep the situation under control.