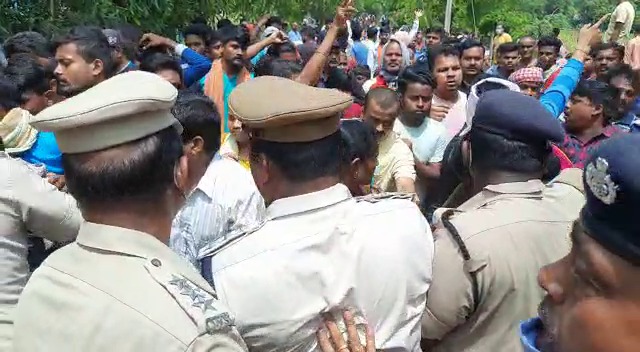 Kendrapada: Palpable tension prevailed at Bharigada village under Rajkanika block in Kendrapada district after thousands of villagers had a face-off with police while protesting the proposed drinking water project on Kharasrota river.

Worth mentioning, the district administration on Tuesday had clamped prohibitory orders under Section 144 of CrPC in Balakati, Bharigada and Barunadiha Gram Panchayats under Rajkanika block till October 8 to expedite the project work.

Opposing drawal of water from the river for supplying piped water to people of Bhadrak district, agitators, including women and children under the banner of Kharasrota Sangram Samiti today assembled in the prohibitory area flouting COVID-19 Appropriate Behaviour and staged demonstration. As part of the protest, they blocked the Barundiha road and damaged the barricades.

When the situation turned violent, police personnel intervened to bring the situation under control leading to a face-off  between the activists and the cops. 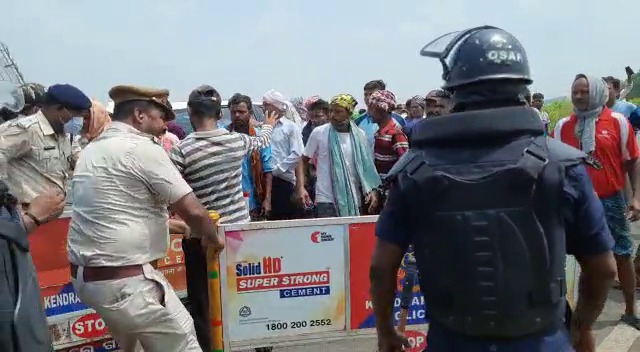 “We had demanded that the administration construct an in-stream barrage over Kharasrota river and supply water to Bhadrak district. The piped water project will deprive the people in Kendrapada district of irrigation water to their farmlands and lead to acute drinking water crisis in the area. We will not allow supply of Kharasrota water to the neighbouring district until the in-stream barrage is constructed,” said Samiti Convenor and former Congress MLA Debendra Sharma.

Earlier on Monday, hundreds of villagers had blocked the Cuttack-Chandbali road as a mark of protest, following which police had detained many of them to avoid any unpleasant situation.

Malkangiri to get airstrip soon