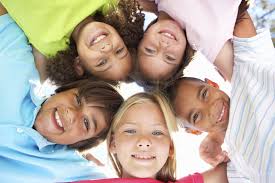 New York: Children who receive higher levels of Vitamin D during infancy and childhood may be significantly at a lower risk of developing islet autoimmunity as well as Type 1 diabetes, according to a study.

Type 1 diabetes is a chronic autoimmune disease that is increasing by 3-5 percent annually worldwide and occurs when the body’s immune system destroys its own insulin-producing beta cells in the pancreas.

Islet autoimmunity, detected by antibodies that appear when the immune system attacks the islet cells in the pancreas that produce insulin, is a precursor to Type 1 diabetes.

Vitamin D represents a candidate protective factor for Type 1 diabetes as it regulates the immune system and autoimmunity, the researchers said.

“For several years there has been controversy among scientists about whether Vitamin D lowers the risk of developing of islet autoimmunity and Type 1 diabetes,” said lead author Jill Norris from the Colorado University – Anschutz.

In the study, published in the journal Diabetes, the team searched for triggers and protective factors in 8,676 children with elevated Type 1 diabetes risk.

They identified islet autoimmunity in 376 children and compared them with 1,041 children who did not.

Among children who were at an increased genetic risk for Type 1 diabetes, those with lower Vitamin D levels in infancy and childhood went on to develop islet autoimmunity compared with those who did not develop autoimmunity.

The study showed that higher childhood vitamin D levels are significantly associated with a decreased risk of islet autoimmunity.
(IANS)

Fluctuations in blood glucose common after diabetics are…