Hilsa, tobacco and Rasagola: the story of electoral fight between Mahatab-Nilamani Routray 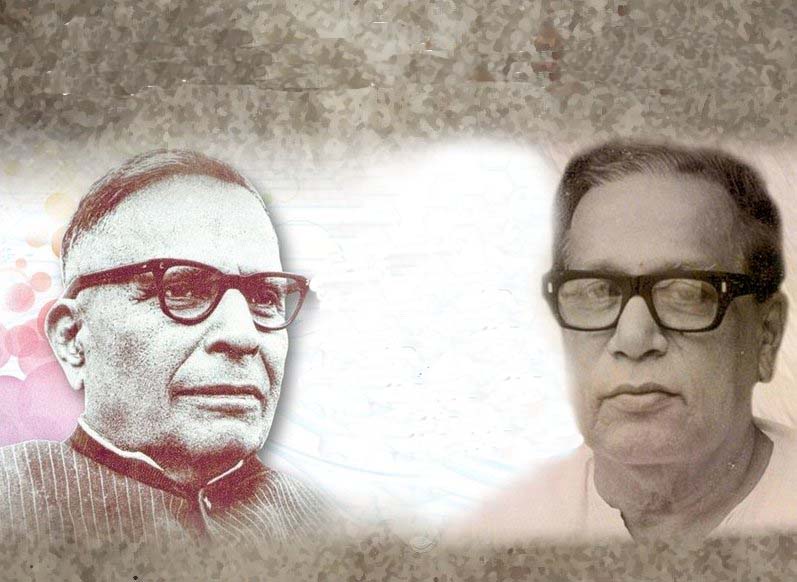 It was a very interesting electoral battle between the two most popular leaders of undivided Baleswar district, Dr. Harekrushna Mahatab and Nilamani Routray. The two stalwarts locked horns in 1967 to grab Basudevpur seat of Odisha Legislative Assembly.

Mahatab was 21 years senior to Nilamani. He led the Congress government in Odisha after the 1946 General Elections. During his Premiership, nearly a year after the country got its Independence, Nilamani Routray got his first entry into the State Assembly in July 1948, through a bye election from Baleswar-South constituency which fell vacant on account of resignation and subsequent death of the sitting member Kailash Chandra Mohanty. Nilamani was barely 28 at that time and he was elected unopposed. He won from Dhamnagar in 1952 assembly elections, from Chandbali (double) constituency in 1957 and from Basudevpur in 1961.

Dr. Harekrushna Mahatab, another towering personality from the same region had already made a name for himself. He had already been the Chief Minister of Odisha, a minister in the Jawaharlal Nehru’s cabinet and the Governor of Mumbai. He had left Congress party to form his own political outfit ‘Jana Congress’, under whose banner he was fighting 1967 elections. It was his objective to cash in the corruption scandals that had erupted against the Biju-Biren duo and get the Congress party defeated. So Nilamani at Basudevpur was one of his targets. Not being able to find a suitable candidate to defeat Nilamani who was quite popular in his area, he himself chose to contest in Basudevpur in addition to his usual constituency, Bhubaneswar.

Thus, one of the very exciting battle followed, Mahatab vs Nilamani in Basudevpur.

Nilamani was quite popular in his area and a lot of young volunteers had come together to support him. But the story of Hilsa, tobacco and Rasagola tilted the balance in Mahatab’s way. Nilamani Routray has offered a very delightful account of this episode in his autobiography- ‘Smruti o Anubhuti’

“Just before the elections, very strangely the catch of Hilsa fish increased in our region. A large number of fishermen reside in the long coastal strip of our constituency. There was an unusual buoyancy and they said they had never got a catch like this ever before. A rumour was floated by Dr. Mahatab’s team that such a thing has happened because a saintly person like Mahatab has entered the election fray there. Gopinath Das, Mahatab’s younger brother even started telling that some light rays emanate from the eyes of his elder brother. People were very curious and they started thronging Mahatab’s meetings in very large numbers to see this great man who has come to their area.”

Then there was the story of tobacco and Rasagolas. “The price of tobacco had gone up at that time. It was Rs 9 a kilo. But Rasagola was cheaper at only Rs 6 a kilo. Poor people of the region, especially ladies, were fond of tobacco. It was explained to them that Congress government has been harassing them intentionally, and because the Minister of Civil Supplies, Nilamani Routray takes Rasagolas every morning, it is being sold cheap.”

But it was the personality of Mahatab that ultimately had the greatest impact on the voters. Whether it was the Hilsa, tobacco, Rasagola or the accumulated anger against the Congress government, Nilamani was defeated in the Assembly elections for the first time in 1967, that too by a margin of 20,544 votes from Dr. Mahatab.