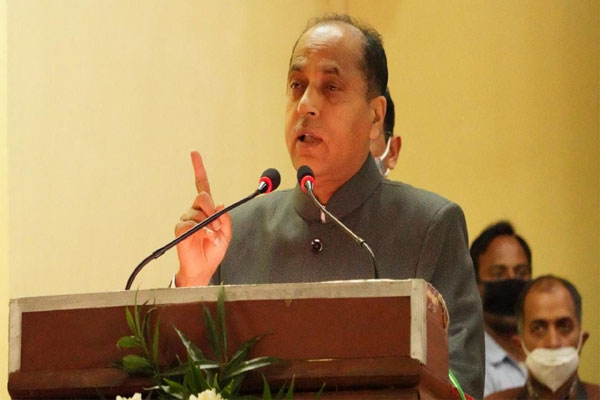 Shimla: Himachal Pradesh Chief Minister Jai Ram Thakur has urged the Centre that the rate of Goods and Services Tax (GST) on ropeways and other unconventional modes of transportation be reduced to five from 18 percent.

In a letter to Union Finance Minister Nirmala Sitharaman, the Chief Minister apprised her that the state has taken a decision to use the ropeways for transportation of passengers and goods throughout the state.

“The objective behind this decision is to connect the left-out inhabitants where construction of roads is not environmentally and economically feasible. It also aims at connecting new places of tourist attraction and exploring new opportunities from tourism point of view for employment generation and economic growth of the state,” said the letter.

“Yet another objective is to provide first and last mile connectivity as per the requirement across the state.”

Thakur said the state government has created ropeways and Rapid Transportation System Development Corporation under the Transport Department as a single nodal agency for laying the ropeways and other mass rapid transportation systems.

“Therefore, the ropeways would not act merely as the tourist attraction but would also help providing sustainable means of transport in rural areas, besides considerably solving the traffic congestion in those areas,” he said.

The Chief Minister added that the ropeways and other unconventional modes of transportation are not defined separately under specific entry of GST schedules.

Surcharge on electricity bills of over 30K consumers in…